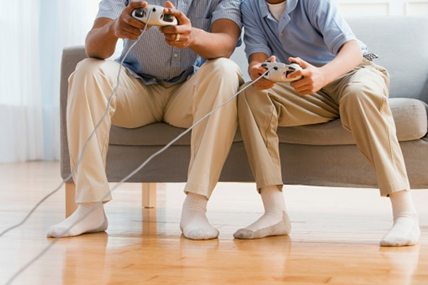 The latest data on the physical entertainment market from Kantar Worldpanel, published today for the 12 weeks to 8 April 2018, reveals that online sales have reached a record share, now accounting for 42% of physical music, gaming and video purchases.

James Foti, consumer specialist at Kantar Worldpanel, comments, “Overall, physical entertainment declined by 13.5% over the past quarter but online sales were a real bright spot. The average shopper spent almost £19 when shopping online over the past 12 weeks – that’s in comparison to around £15 in store – and the lure of e-commerce has now persuaded 27% of consumers to buy their physical entertainment goods exclusively online. A further 37% still split their spend across online and offline, suggesting the high street still plays an important place for shoppers and that those retailers which a1parents looked to the entertainment market to help occupy their kids – the majority of this spend went towards five to 14 year olds and was boosted by Amazon’s major Easter sale. With a number of big-name titles out in the autumn we’d expect to see another boost in gifting later this year but until then, retailers should look to capitalise on the forthcoming school holidays by promoting games that will keep children entertained.”

Planned purchases have been a highlight in a challenging quarter for video. In contrast to the overall decline witnessed by the category, intended purchases experienced growth of 1%, driven by the release of big name titles including Paddington 2, Blade Runner 2049, Thor: Ragnarok and Kingsman: The Golden Circle.

The physical video market continues to be hindered by shoppers leaving the category in favour of digital downloads and rentals. Nearly one million fewer shoppers bought a physical video in the past 12 weeks – 12.5% of these bought a transactional digital title, with 40% also having access to a video streaming subscription in April.

However, within physical purchases shoppers are investing in higher quality 4K Blu-ray format, which now make up 3.3% of all disc purchases – 123,000 shoppers bought 4K Blu-ray in the past 12 weeks.