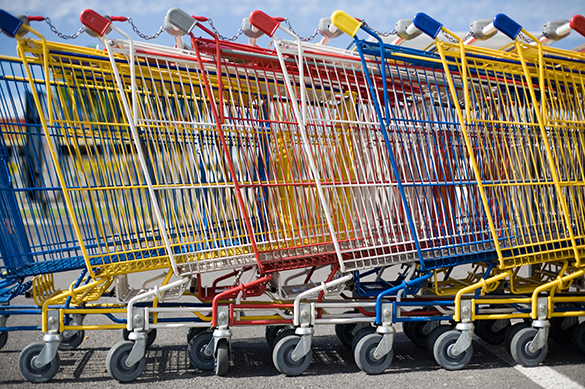 The latest figures from Kantar show that overall the Irish grocery market grew by 4.2% over the 12 weeks to 19 May 2019, with Dunnes Stores holding off the challenge of Tesco and retaining pole position.  Respective growth of 12.6% and 5.9% for Aldi and Lidl means that the retailers’ combined grocery market share stands at 23.6% – higher than that of any individual retailer for the third consecutive period.

Douglas Faughnan, consumer insight director at Kantar comments: “The strength of Dunnes, Aldi and Lidl – retailers at opposite ends of the price spectrum – is a surprising quirk of the Irish grocery market.  Dunnes has showed little interest in going head-to-head with Aldi and Lidl on price, instead preferring to carve out its position as Ireland’s premium food retailer through smart acquisitions and partnerships with upmarket brands such as Sheridans Cheesemongers and James Whelan Butchers.  At the same time, it is making a clear attempt to prevent losing price-conscious shoppers through its Everyday Savers range.”

Meanwhile, both Aldi and Lidl continue to capture market share through competitive price initiatives like Aldi’s Super 6 initiative and Lidl’s Super Savers.  While value is still central to both retailers, the premium tier has become more of a focus.  Douglas Faughnan continues: “As Aldi and Lidl have grown, they have placed an increased emphasis on their premium own label and branded ranges.  This is a clear attempt to capture more spend from those shoppers who, while seeking value, are also prepared to splash out on certain occasions.  While on the surface Dunnes, Aldi and Lidl have different appeals, they are all targeting the same shoppers and tailoring ranges to reflect that.”

Tesco grew sales by 3.6% in the past 12 weeks, narrowing the gap with Dunnes to just 0.2 percentage points.  Meanwhile, SuperValu’s growth of 0.9% puts the Musgrave-owned retailer on a positive footing for the second consecutive period ahead of the summer, when it traditionally performs strongly.

Increased volume sales have been key to Tesco’s success, up by 4.8% over the past 12 weeks, and a shift in promotional strategy is also clear.  While the overall quantity of goods sold on offer has fallen, multibuy deals which encourage shoppers to buy more items are up by a quarter, while Y for €X deals increased by 19%.

Following a dip in sales in March, SuperValu continued to move in the right direction.  Douglas Faughnan elaborates: “A key feature of SuperValu’s performance has been the 7.1% uplift in the value of each trip – on average shoppers spend an additional €1.60 every time they visit compared with the same period last year.”