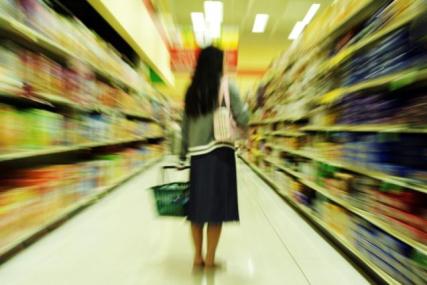 The French retail giant Carrefour has shown stagnant share trend in the last four quarters, while The Walmart Group remains the largest grocer in China.

(Shanghai, China, May 26th, 2011) Kantar Worldpanel, the global market leader in consumer purchasing and usage insights, reports 26% growth for the FMCG (Fast Moving Consumer Goods) market for the latest year up to the end of March compared to the same period a year ago. This has been driven by a mixture of natural consumption growth, price inflation and panic purchasing by consumers. RT-Mart has gone from strength to strength over the last four quarters reporting 6.6% share within modern trade (hypermarket and supermarket combined) over the latest 12 weeks to the end of March.

The Walmart Group remains the largest grocer in China over the last 52 weeks taking a share of 7.9% and reaching 28% of Chinese households. Total Walmart’s share decline between Q2 and Q4 2010 was driven purely from Trust-Mart. As Walmart converted more Trust-Mart stores to fit with its own merchandising strategy, Trust-Mart’s penetration declined from 7.3% in Q2 2010 to 6.0% in Q1 2011. During the same period, RT-Mart and a number of local retail giants, i.e. CR-Vanguard, Balian etc. are aggressively catching up to challenge the market leader.

The French retail giant Carrefour has shown stagnant share trend in the last four quarters, according to Kantar Worldpanel China. In order to grow, Carrefour will need to find a way to compete with RT-Mart and local players in the lower tier cities where at the moment the retailer has a fairly small presence: just a 2.2% share in prefecture cities and 0.2% share in county level cities. Carrefour saw broad improvement in its share in Q1 in four key cities.

At an individual fascia level, RT-Mart is the biggest retailer in China with a share of 6.2% share over the last 52 weeks. In prefecture level cities the retailer is most dominant, attracting over one quarter of households and scoring the highest shopping spending across all major retailers. Both of these shopper measures have grown consistently over the last four quarters despite pressure from Walmart and Tesco who are opening new stores in these cities and are growing share as a result. RT-Mart’s growth has come from both food and non-food sectors with Personal Care showing slightly stronger growth for the retailer with a 1.3 percentage point share gain between Q2 2010 and Q1 2011.

Despite RT-Mart’s strong leadership position in the prefecture level cities and county level cities, the market is still very fragmented and therefore offers clear opportunities for competitors to enter without the challenge of a significantly dominant retailer, a situation that is reflected in a lot of western markets.

CR-Vanguard, Balian and Zhongbai all picking up share in provincial capitals

The CR-Vanguard Group has shown consistent share growth over the last 4 quarters which is coming from the provincial capital cities where the group has a much stronger presence with a 10.9% share and attracting over 30% of shoppers to their stores. The Vanguard, Suguo and Huarun SG banners are all contributing to share growth in provincial capital cities over the Chinese New Year period. Similar strong performance was reported for Balian (mainly driven by its Century stores) and Zhongbai in provincial capitals during the latest trading period.