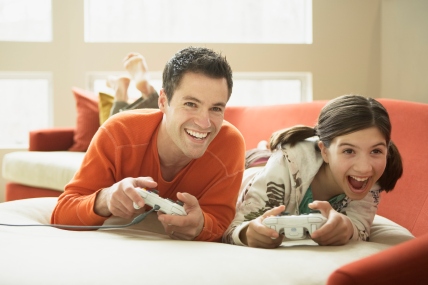 The latest figures from Kantar Worldpanel show Sainsbury’s is the only supermarket to increase its share of the entertainment market – up from 4.6% last year to 6.6% now. Tesco and Asda, on the other hand, have seen respective share declines of 2.5 and 1.2 percentage points.

Amazon continues to be the overall star performer with a 20.3% share of the market, up from 16.9% last year. Although it has performed well across all categories, games sales in particular have helped to drive its growth. iTunes Music has also posted strong results, growing its share by 2.8 percentage points, as it makes the most of the increasing popularity of digital music.

Fiona Keenan, consumer insight director at Kantar Worldpanel, explains: “Sainsbury’s success in the entertainment market is partly down to consumers switching their spend from other retailers, in particular from HMV and Game. However, it has also managed to encourage existing shoppers to spend more – those customers who purchased entertainment products from Sainsbury’s in quarter three last year spent an extra £4 million on videos, games and music in the same quarter this year.

“Sainsbury’s will also be benefitting from increased footfall with the number of times shoppers visit its stores growing by 2.6% year-on-year over the same 12 week period. As 51% of the retailer’s entertainment sales come from impulse purchases, having shoppers in its stores more often will naturally lead to growth in non-food categories too.”

Although HMV has seen a slight drop in share, this is smaller than the declines seen in recent periods. This is down to the retailer’s strong performance in video, where it still holds the number one spot, accelerated by its recent five for £30 Blu-ray promotion.

The declines in share for Game Group are a result of the overall games category losing share in the broader entertainment market.