The denim market: Is it all Blue Monday for Jeans? 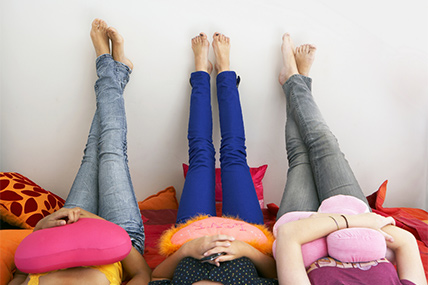 Kantar Worldpanel data explores the current state of denim sales in the UK.

It is no surprise that denim is at the centre of nearly every person’s wardrobe, look inside and there is always a trusty pair of jeans. The humble jean is worth £1.6 billion to the fashion market each year with people spending nearly £60 on jeans in a year. In the 143 years since the invention of the jean, what is next in the evolution of denim amongst the women’s, men’s and children’s markets? The latest Kantar Worldpanel data explores the current state of denim sales, how it is fairing against the rise in athleisure and how the market will evolve in the coming months.

With new denim brands continuously launching and retailers talking about different cuts what is the state of the denim market really like today? While denim continues to be a lucrative market, it is actually in decline from last year by -0.3%. Only kids’ jeans are seeing growth at +3.6%. Womenswear is aiding the decline, performing at -0.1% year on year, with the popularity of the athleisure trend as a possible culprit for hurting the market. Since May 2016, jogging bottoms began out-performing denim at +9.4% vs 5.9%. That gap has widened this month with joggers performing at +6.3% vs. -0.1% for denim.

While denim marketing and PR seems to be concentrated on designer brands, the market overwhelmingly favours own label. Nearly 85% of the total denim market is own label, with branded denim actually declining -3.0% since last year. Men and women, however, differ in their preference for branded jeans. Nearly a third of men’s jeans are branded, compared to just 7% of women’s denim. So why is this? Glen Tooke, Consumer Insight Director for Fashion at Kantar Worldpanel, says: “Overall the UK is losing its branded focus, as consumers switch to seeking value over paying for a label – however men are still more brand focussed than women, partly due to the fact they shop less often than women, allowing them to trade up into brands and still keep their total yearly spend at a manageable level.”

For retailers fighting over consumer spend in the adult market, those playing in the children’s denim market are seeing pound signs stack up. The current kids’ jeans market is worth £187 million and is continuing to grow adding £7 million pounds to the market last year. With retailers focusing more on “Mini Me” looks for children (adult silhouettes made for children) denim is increasingly becoming more popular for kids. Whether it is Prince George photographed in Gap denim overalls or Julia Rotfield’s (daughter of former Vogue Paris editor Carine Roitfeld) new skinny denim released in her upcoming children’s diffusion line at River Island, denim for kids is following the trend of adult silhouettes and styling. In addition, with social media integral to parents as they document their kids growing up, parents are becoming more conscious of the outfits they are dressing their children in with trend and style factoring into their shopping decision making.

So what is next for the denim market? As denim time travels back to the 90’s, whitewash, patches and fraying is heading to stores in the A/W 16 season. Skinny jeans will continue to dominate the market accounting for 55% of Women’s denim. A lot of retailers, however, have invested heavily in wide leg this season, but the cut only accounts for 2% of all women’s denim sold annually. In Menswear, skinny jeans continue to gain in popularity accounting for a quarter of all men’s jeans, while straight leg/relaxed has been reduced to 67% of the market, previously having 70% share last year.

Despite denim taking a hit this year, jeans will continue to be one of the most popular pieces of clothing for all ages and is an area for retailers to constantly keep an eye on as shoppers tastes change. A dress may be for a special occasion or wedding, but denim will continue to be everyone’s trusted go to in their closets. Retailers and brands however need to take note that denim is not immune to trend changes – the trend for coloured chinos a few years ago took substantial spend out of this market.