The next golden decade of China baby market 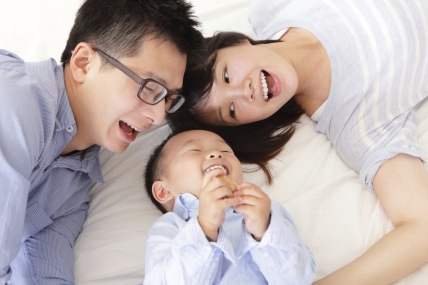 In Chinaâs Key and A cities, total baby products market enjoyed 11% growth in the first five months in 2013 versus last year.

Kantar Worldpanel, the global market leader in consumer panels, reported that in China’s Key and A cities1, total baby products market2 enjoyed 11% growth in the first five months in 2013 versus last year, outperforming the total FMCG market. China’s growing new born population and the upgrading of baby products will lead to a golden decade for the baby market.

1. Huge Potential Needs for Baby Products in the Future

The 1980s and 1990s were a baby boom period for China. Those babies have now grown up and are getting married. At the same time, the national childbearing policy has been relaxed, allowing couples without siblings to have two children. These two factors will increase China's birth rate in the next five years. By 2017, the new born population of the country is expected to reach 18.2 million. Kantar Worldpanel estimates the baby products market in 2012 to be worth around 30.7 billion RMB. Through urbanization and population growth, the number of households with 0-3 year old babies is expected to reach 6.12 million by 2017, while the overall baby supplies market will expand to 46.3 billion RMB, with a 50% growth rate compared to 2012.

Domestic and foreign manufacturers have already noticed that the extraordinary growth of the China market and started to prioritise China for business development. Data from Kantar WorldpanelBaby shows, with the increasing competition and new brands joining the market, the major brands’ share decreased significantly in the lastest 5 months compared to the same period last year. Using infant milk as an example, the top five brands’ market share dropped from last year's 65% to 60% this year, while the market share of the top four baby diaper brands declined from 88% to 83%. Many small brands offer a greater choice for consumers while the competition in the traditional trade is intensifying. Leading brands must constantly invest on advertisements and use CRM projects in order to consolidate consumer’s brand preference.

3. High Loyalty Market, Together with Premiumlization

Consumers demonstrate high loyalty rates for baby products, much higher than most FMCG products. Nowadays, the majority of new born babies are the only children in families and their parents will pay more attention to them, seeking more premium and high quality products in the light of various food scandals. As a result, premium products in China keep growing in importance, contributing to rapid premiumlization.

The data shows that in the first five month versus same period last year, sales value of super- premium diapers enjoyed 46% growth. Although the penetration growth rate of super premium IMF is slowing down, the total sales value still increased by 25%. Meanwhile, an interesting phenomenon of these two categories was observed: penetration grew much faster in mid-low income families rather than high income families. “A” cities also grew faster than the 4 key cities (Beijing, Shanghai, Guangzhou and Chengdu). That means the super-premium baby products have already penetrated into different types of families and city tiers. There are huge growth opportunities for manufacturers and retailers to distribute super-premium products in different city tiers.

Those parents who grew up in the internet age learned parenting knowledge and purchase baby products online. From our Kantar Worldpanel Baby data, the value share of the ecommerce channel has already climbed to third place, ranking only behind baby stores and hypermarkets in China. Taking the diaper as example, versus last year in the first five months, consumers’ online purchase penetration increased from 18.7% to 25.7%. Infant Milk Formula also grew significantly in the ecommerce channel, from 13.1% to 20.3%. Large packs are especially popular through the online channel due to its favourable price and convenience of having it delivered to your home.

As the diagram shows below, total baby products’ penetration in the online channel has already reached 36.2%，much higher than non-food FMCG online penetration of 16.3%. Of all these reported regions, north and east grew even faster, reaching 49.8% and 42.1% respectively, mainly driven by developed cities like Beijing and Shanghai. It's necessary therefore, for those manufacturers to develop their internet distribution and cooperate with different e-commerce platforms, in order to capitalise on more growth opportunities.

With the rapid growth of e-comerece, the bricks and mortar channels are losing market share. The penetration in supermarkets and hypermarkets has seen a decline, and volume per trip is also lower than the online channel. In the mean time, offline has less promotion than that online. With the constant improvement of domestic infrastructure, we can foresee in the low tier cities, shopping online will continue to maintain its rapid growth.

5. Child Care Consulting and Service Will Be Opportunities for Bricks And Mortar Retailers

Although the rising internet channel has squeezed the share of the bricks and mortar retailers, offline channels still play an important role in China. Among all baby stores, only a few stores like ‘Leyou’ have national coverage while others are limited to specific regions. Together with developing their e-commerece offer, baby stores should provide more one-stop professional service for consumers, which will consolidate consumers’ loyalty rate.

Taking Taiwan IMF market for reference, the value share of drug stores is already over 50%. In those drug stores, nursery advice and knowledge can be shared by professional physicians, and consumerss can also have a better shopping experience, which online retailers cannot replicate. Encouraged by the recent government policies, the growing number of first-time parents will embrace drug store formats, so we can expect a bright future for drug stores in China.