The zero sum game - no winner in the supermarket price war 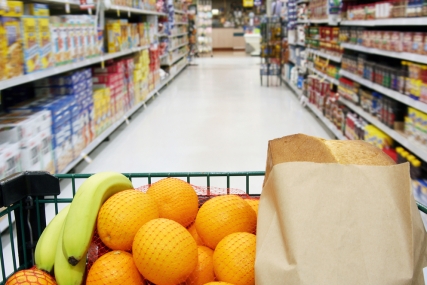 Asda stands out with its growth rate of 5.1% beating market growth for the first time since the beginning of 2010.

The latest grocery share figures from Kantar Worldpanel, published today for the 12 weeks ending 30 October 2011, show the grocery market growing at 4.6% per year. However, this remains below the inflation rate of 6.1%, as households try to manage down their spending - a dominant trend for most of 2011.

Edward Garner, Director at Kantar Worldpanel, explains: “It comes as no surprise that, as shoppers try to control their budgets, an aggressive stance on price is driving retailer communication strategies. We have ‘The Big Price Drop’ from Tesco, ‘The Price Guarantee’ from Asda, ‘Brand Match’ from Sainsbury’s and ‘Price Crunch’ from Morrisons. The end result would appear to be a zero-sum game, as the performances from the big four show only marginal differences this period, with no outright winner.”

All top four retailers posted respectable performances this period. Asda stands out with its growth rate of 5.1% beating market growth for the first time since the beginning of 2010.

The discounters continue their strong run, particularly Aldi with year-on-year growth of 18.8% and an increase of its share from 2.3% to 2.6%. However there are now signs of a slackening of pace as shares and growth rates for both Aldi and Lidl have fallen back from recent peaks.

The economic climate is favouring the value-for-money offering from frozen foods and Iceland has posted growth of 11.6% - the highest since the 2008/9 recession.

Edward continues: “Given the universal emphasis on price across the sector, the big four retailers will need to differentiate themselves. Own-label brands are an obvious way of doing this. We are already seeing double-digit growth for Tesco Finest and substantial revamps for own-label ranges at Asda, Sainsbury’s and Morrisons – suggesting this might be a key battleground going forward.”

Grocery inflation stands at 6.1%* for the 12 week period ending 30 October 2011. This is an increase on the 5.7% reported last period and continues the rising trend we have seen throughout 2011. However, this remains well below the levels of over 9% we saw during the 2008 recession and it is our view that it is now close to its peak and will decline going into 2012.