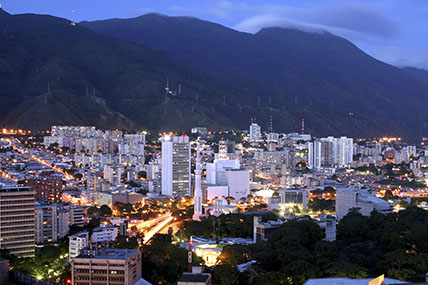 While the rest of the world is moving forward FMCG consumption in Venezuela is regressing.

The state of the nation

Venezuela is the sixth biggest market in Latin America, with a population of 31 million. Historically, its economy was highly dependent on oil, while a lack of local manufacturing made the nation reliant on imported goods. The collapse in oil prices has hit the economy hard. At the same time the decision taken by many global companies to shut down their local operations, coupled with the rising cost of imported goods due to currency devaluation, has led to a dramatic drop in the number of FMCG products available.

Seventy percent of Venezuelan households believe that the country is in worse shape than last year, with 61% stating that their own personal situation is also worse. 79% say the economic crisis is directly affecting them.

The impact can be clearly seen in people’s kitchen cupboards.
Consumption of FMCG goods has halved since 2008, due to low availability of products and a decrease in purchase power. People have been buying less for the last seven consecutive years, but the trend has accelerated in the last two, with a -23% decline in purchase volume between 2014-15 and a further -24% in 2015-16. Food products have suffered the most – people are buying 27% less, followed by dairy (-25%), homecare (-17%) and beverages (-14%).

Buying less is not a decision that people have taken in order to balance their budgets; it is driven by a combination of scarcity of FMCG goods and prices that are impossible to afford.

It is basic items that are most conspicuously absent from the shelves. Of the products that were available eight years ago 35% are not available today. The categories that have been most affected are cooking oil, rice, pasta, coffee, powdered milk, sugar, corn, cornflour – which is needed to make arepas, the tortillas that are a staple in the Venezuelan diet – toilet paper, make-up and cream cheese.

There is 90% less sugar in stores, for example, and the country-wide shortage of the raw material has affected the production of goods, leading to a proliferation of lighter or no-sugar variants.