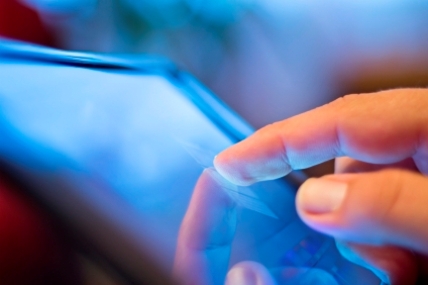 Apple has the most satisfied customers with a score of 8.8, with Samsung in second place at 8.0 and HTC in third with 7.6.

Nokia and Microsoft’s push behind Windows Phone 7 (WP7) has started to pay dividends as sales edge ahead of Symbian in Great Britain in latest data from Kantar Worldpanel ComTech*.

The much hyped Nokia Lumia 800 took 87% of WP7 sales, giving it a 2% uplift in share compared with a year ago. Germany remains the strongest market for WP7, with share now up to 3.1%.

The latest data also shows that Apple has increased its share of the British smartphone market from 22.7% a year ago to 28.7%. However, Android remains the number one OS in Britain, with its share up to 48.5% from 37.8% a year ago.

Dominic Sunnebo, global consumer insight director, comments: “There are strong signs that WP7 Nokia handsets are starting to make an impact on the European smartphone market though US sales, where the Nokia brand is weaker, remain underwhelming. The fact that WP7 sales have overtaken Symbian based on one handset is encouraging; however, Nokia will need to expand the range quickly in order to keep up with the slew of next generation competitor products being launched in quarter two.”

Kantar Worldpanel ComTech data also highlights that consumers are increasingly satisfied with their handsets. When asked how satisfied consumers were with their smartphone (where one is very unsatisfied and 10 very satisfied) the average smartphone score was 7.9; notably higher than those with a non-smartphone at 6.9.

Apple has the most satisfied customers with a score of 8.8, with Samsung in second place at 8.0 and HTC in third with 7.6. Likewise, when consumers were asked how likely they are to stick with the same brand when upgrading, Apple ranked top followed by Samsung and HTC.

Sunnebo explains: “Smartphone users are typically very happy with their handsets and this is because they can do so much more with them. When you look at the way consumers are using their mobiles compared with just a year ago, the change is huge. For example, just under half of people in the past four weeks used GPS or maps on their smartphones, this compares to only 33.9% a year ago. Similarly, 39.2% of people are now downloading or streaming videos to their mobiles, this has increased from 10.6% a year ago. All this helps to engrain the smartphone experience deep into consumer’s daily routines and the quality of devices available mean consumers have found little to complain about.”

In Great Britain smartphones made up 73.2% of sales over the 12 weeks, meaning that 51.3% of the British population now owns a smartphone.