What Chinese shoppers really do - Series 4 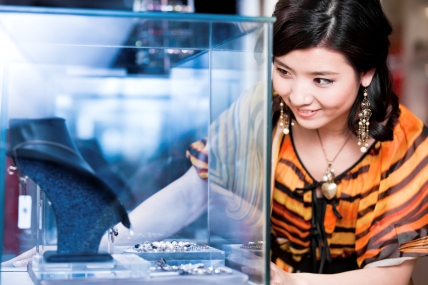 As Chinaâs market for fast-moving consumer goods grows, modern retailers are looking for ways to grow too âand outpace competitors.

China’s retail market for fast-moving consumer goods (FMCG) is evolving as quickly and dramatically as it is growing. Modern trade, which includes supermarkets and hypermarkets, is making vast inroads in China’s biggest cities. It now accounts for more than half of all urban sales of FMCGs and is growing at 14% —faster than China’s GDP. At the same time, another channel is gaining significant ground: e-commerce. While it’s still a small percentage of overall sales —less than 2%— e-commerce is exploding: it grew 53% last year.

We decided to dig deeper to see what lessons we could develop for consumer goods makers and retailers pursuing growth from the rising number of middleclass shoppers. Their expansion has been challenged by a lack of detailed, real-time data that would enable retailers to better understand shoppers’ behavior and fully capture the opportunities before them.

In our groundbreaking report “What Chinese Shoppers Really Do But Will Never Tell You”, published in June, we helped fill that void by sharing real-time shopper data, including the insights gained from a rare look at what shoppers actually do at the point of sale as opposed to what they say they do. This joint study by Bain & Company and Kantar Worldpanel examined the shopping behavior of 40,000 Chinese households from 373 cities in 20 provinces and four major municipalities, creating a comprehensive look at how much shoppers spend by region and by city in 26 important product categories, ranging from milk to shampoo. We followed up with a second report that explored shopper behavior in more depth across three dimensions: city tier, category nature and development stage, and shoppers’ life stages (see Figure 1). A third report examined the dynamics between foreign and domestic consumer goods makers to help both types of competitors capture their share of China’s growth.

In our fourth report, we explore the implications of our findings for retailers in modern trade. Our analysis provides several key insights: