Who is winning more Chinese consumers in 2019? 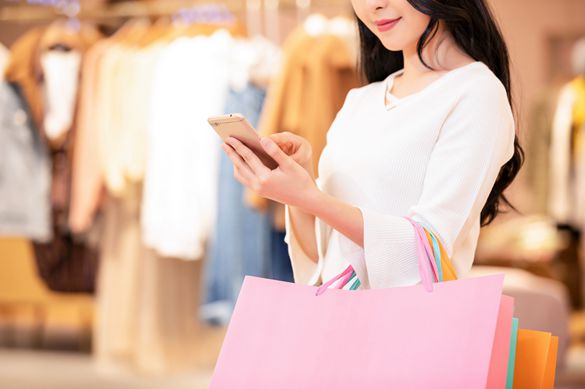 The latest data from Kantar Worldpanel shows that there were 22 fast-moving consumer goods (FMCG) companies reaching over 100 million urban Chinese households during the 52 weeks ending October 4th 2019, with P&G, Yili and Mengniu each attracting more than 160 million families. Products from these three companies were bought by more than 90% of Chinese families over the past year. In terms of growth rate, YST Group, Haday and The Coca-Cola Company are the top three performers, posting the fastest gains in consumer base.

“Amid economic uncertainty, we continue to see big FMCG companies launch new products to win consumers who are more in favour of brands that promise to improve their health and lifestyle,” said Jason Yu, General Manager of Kantar Worldpanel Greater China. “While penetration may be reaching its limit in some categories, there is room to grow shoppers in adjacent categories or through acquisitions. Our data also suggests that companies can win new shoppers through premiumisation.”

In 2019, out of the 22 companies reaching 100 million consumers, 13 of them are Chinese companies. With the acquisition of Jiangzhong in 2018, China Resources entered the ranking for the first time, on the back of its strong brands Snow and C’estbon.

Chinese consumers are getting more sophisticated with a vast array of brands to choose from, making innovation more difficult than ever. With the highest mobile internet usage in the world (99.1% according to CNNIC report in June 2019) and 27.9 hours of internet usage per week, it is becoming more and more challenging to keep consumers’ attention, even with marketing campaigns that are highly engaging. Successful leading players either chose to launch more premium products to attract young middle-class shoppers or grow through expanding into new territories.

P&G brands were bought by 92.5% of Chinese families in the latest year.

As the only personal care player in the top league, it managed to grow its shopper base year on year, propelled by its superior innovation and improved speed to market. On the back of Olay and SK-II’s success in 2018, P&G extended the proven product concepts to the personal cleansing category. In additional, P&G introduced premium lifestyle products such as Downy and Tampax, aiming to attract the new generation of shoppers who are willing to pay for premium quality. Home care, personal cleansing, and female hygiene products contributed to P&G’s buyer expansion increasing by 6%, 11% and 90% respectively.

Launching products in new categories always presents both opportunities and risks to established players. YST, the leading beverage and nutrition player in China, has set a great track record of managing a wider portfolio of innovations across categories. It has grown strongly in the bottled water category through focusing on different drinking occasion: its functional drink brands Scream and Victory Vitamin water continue to grow their buyer base by 14%. In 2018, YST also launched “Yoseido” mask and facial moisturizer, aiming to capitalize on opportunities in the booming beauty sector. In 2019, YST grew its shopper base by an impressive 7%, far ahead of any other players in the rank.

Lower-tier cities in China remain an important source of growth for FMCG players with the population here having increased disposable income, more leisure time and improved access to digital media and online shopping. Those cities also saw a faster rise in population growth due to migration from rural areas and first-tier cities. The success of Pingduoduo, now a key online player, proves that the underlying demand for consumption in those smaller cities can be awakened through effective marketing strategies.

Coca-Cola, which enjoys over 80% penetration in the top cities, is now advancing to lower cities to catch the wave of booming consumption. Overall the company expanded its shoppers from 73% to 74.4%, adding 3.7 million new consumers. Its penetration grew the fastest in county level cities by 2.8 points, driven by its carbonated soft drink products.

Haday, a Chinese seasoning giant, saw steady expansion of its buyer base in lower-tier cities, supported by its massive distribution network and affordable prices. It gained 5.3 million households from lower- tier cities in the latest year.

Convergence of online and offline

The retail landscape in China has evolved quickly in the last few years, featuring the rapid convergence of online and offline channels. Consumers are now able to access products of their choice by utilizing both O2O platforms such as JD Daojia, Taoxianda and Dmall as well as direct delivery from online platforms like Tmall and JD.com. An improved shopper experience through further integration of online and offline channels also brought new shoppers to brands.

Kantar Worldpanel reveals that despite the strong growth of the online channel, leading players can only sustain growth through an omnichannel strategy. For example, YST Group attracted 3.6 million new households through e-commerce and 8 million through offline channels. In total, YST Group increased its consumer base by 8.5 million. It proves that shopper growth in bricks and mortar stores is far from reaching its limit yet. Both Haday and Coca-Cola also attracted more shoppers through offline.

Market leaders such as P&G, Yili and Mengniu are all enjoying strong shopper growth through online channels as they try to make their products more accessible to Chinese consumers. Yet all of them enjoyed incremental shopper gains, indicating that manufacturers will have to build a holistic omni-retail strategy to avoid a zero-sum game.