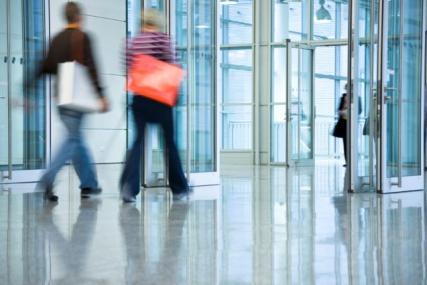 2009 had shown encouraging signs of recovery after the recession of 2008 when purchasing of general consumer items had decreased against a background of inflation in raw materials.

2009 had shown encouraging signs of recovery after the recession of 2008 when purchasing of general consumer items had decreased against a background of inflation in raw materials.

In 2009 supermarket brands were a safe investment, advancing more strongly than in the past and settling at almost 33% of consumer sales. Discount stores set the pace and no longer benefit from the dynamism of the national brands introduced by some retailers – their market share has remained stagnant at around 14%.

Against this background of streamlining purchases, when the French public continued to pay close attention to prices, many brands have not thrown in the towel, but have progressed. The most developed brands have continued to invest in communication, mostly to support product innovation. The same good marketing strategies still give the same good results.

Simplicity and convenience had a big impact on the French consumers’ choices in 2009. This was shown by their choice of store in which to do their shopping, and they preferred to frequent the supermarket closest to home than to go further afield, as long as the prices were reasonable: Leclerc, Système U and Carrefour Market were the 3 leading retailers in 2009.

Isabelle KAIFFER, Director of Marketing & Communication at Kantar Worldpanel comments: “In terms of product choice, simplicity was expressed by ‘let’s eat something simple, which needs a bit of preparation but not too much’. A typical example is a homemade quiche, but with a ready-made pastry. It’s not completely home-made but neither is it bought ready-made. Bread and chocolate or a pastry to spread a topping on for taste are preferred rather than more sophisticated biscuits. In the same way, basic products like meat and fresh fish have held up better than in previous years. It’s so easy to cook a steak… ».

France is still France, and pleasure is a strongly-held value, as demonstrated by the increase in purchases of foie gras, alcohol and chocolate. We might be tightening our belts, but we still know how to enjoy ourselves…

First quarter figures are encouraging. Sales of fast-moving consumer items grew by 2% over the same period last year, both in terms of volume and value, while prices remained relatively stable.
2010 should progress at a rate of around 1-2%, the pace of growth recorded before the 2008 recession.

The beginning of 2010 has also shown signs of consumerism slowing, with the following significant points:

But growth is not there for everyone in France: young people under the age of 35 are increasing their spending the most (4% more in the 1st quarter of 2010 compared to 2009), the over-50s are more restrained (+1%), and the 35-49 age group are spending no more than they did last year. For the latter, families with children in which the shopping budget is more significant because there are more mouths to feed, caution is the watchword. There is the same contrast between the wealthier half of the French population (+4%) and the poorer half, where the shopping budget remains exactly as it was.

While the brakes are put on spending on expensive products (household items, clothing, etc.), fast-moving general consumer products remain an area where more stability is guaranteed: you will always continue to eat, even if you have to budget more carefully and be more “sensible”, but also remembering to keep some moments of simple pleasure. It’s an evolution, not a revolution. Common sense, and pleasure…