iPhone 6 Plus captures 41% of US "phablet" sales 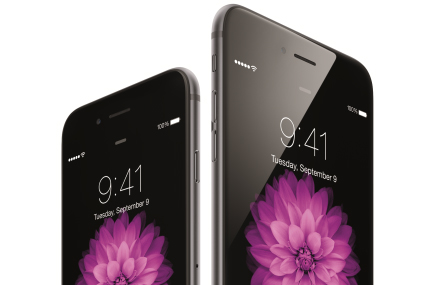 Phablet sales represented 10% of overall smartphone sales, up from 2% for the same period in 2013.

On the market for just over a month of the three months ending with October 2014, the iPhone 6 Plus captured 41% of “phablet” sales—sales of smartphones with a screen size of 5.5 inches and larger. Phablet sales represented 10% of overall smartphone sales, up from 2% for the same period in 2013.

At the point of sale, when asked what drove their choice of smartphones, 58% of those surveyed who bought an iPhone 6 Plus said screen size was the primary reason for choosing their device. Despite the more compact design of the iPhone 6, 60% of consumers who chose it also cited screen size as the primary purchase driver. The ability to connect to a 4G/LTE network was the second most important reason cited by both buyer groups.

Although selling for just over a month, the iPhone 6, with 33% market share, became the best-selling model among iOS devices for the three months ending in October 2014. The iPhone 5s was the second best-selling iPhone model with 26%, and the iPhone 5c was third with 18%. The iPhone 6 Plus captured 10% of iOS sales.

In the Android camp, the Galaxy S5 remained the best-selling model with 22% of sales while the Galaxy S4 continued to show its longevity, maintaining second place with a share of 12%.

Of the iPhone 6 and iPhone 6 Plus buyers, 85% were repeat iOS buyers and 9% churned from Android.

Also in the three months ending in October, smartphones sales reached 81% of overall phone sales and 59% of all phones in use in the US.

Check out the evolution of the OS market shares in our interactive dataviz. You can also embed it on your own website from now on. Check it out!