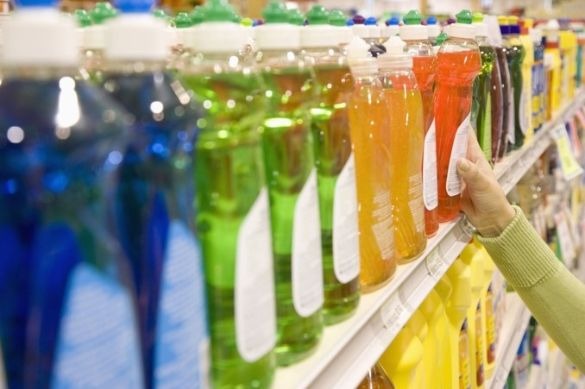 The latest figures from Kantar show that the Irish grocery market remains buoyant, with growth accelerating to 3.3% in the 12 weeks to 6 October 2019.  As the Brexit deadline looms, shoppers are showing no signs of concern, visiting stores more often and making larger trips this period than they did last year.  Customers will also have made savings, with price per pack down by 0.4%, the first time this has declined since June 2018.

This time 12 months ago Dunnes overtook Tesco to become the nation’s number one grocer, and it is showing no signs of slowing down.  The retailer currently holds a 1.3 percentage point lead over its next largest competitor, the biggest differential it has enjoyed since February 2019.  Charlotte Scott, consumer insight director at Kantar, comments: “It has been a big year for Dunnes.  Its continued success, evidenced by 5.5% sales growth in the past 12 weeks, has largely been driven by its Shop & Save voucher campaign."

SuperValu also enjoyed a marked boost in sales over the past 12 weeks, doubling its growth rate to 2.0% which helped it to overtake Tesco and become the second largest retailer for the first time since December 2018.  The convenience specialist has enjoyed larger basket sizes and growth in some of its core categories, as Charlotte Scott explains: “Ireland’s two largest retailers, Dunnes and SuperValu, have both benefited from an out of season boom in sales of cleaning products.  Shoppers have been indulging in a spot of seasonal ‘autumn cleaning’, perhaps thanks to the popularity of internet sensation Mrs Hinch and being kept indoors by the recent wet weather.  Overall people have spent an additional €7.2 million on household cleaning in the past 12 weeks, which is up 5.9% on last year and driven by Ireland’s two largest retailers.”

Despite falling behind SuperValu in the retailer rankings, Tesco enjoyed a return to growth this period, with shoppers making an extra trip compared to last year.  Confectionery has been a key category for Tesco, and is growing at an impressive 31.1%. Charlotte Scott elaborates:  “Tesco individually accounts for 70% of the market growth of confectionery, which has increased in value by 9.9% in the past 12 weeks.  The retailer’s promotion on tubs of sweets, pricing them at €3.99, has proved particularly popular and it has even had to put quotas in place to limit shoppers to a maximum of 4 per person.  With Halloween and Christmas just around the corner, Tesco will be particularly encouraged by these results.”

Aldi reached a new record market share at 12.6% this period – continuing its strong performance and growing by 10.9%.  It has welcomed an additional 21,000 shoppers through its doors, with a particular push to target young families.  Charlotte Scott continues: “Traditionally, Aldi’s core shoppers are young and mid-range families, with these customers still a third more likely to shop at the retailer than any other group.  However, growth among these groups has slowed to 0.8%, as the cohort has cut back on its overall spending by 1.4%.  In response, Aldi’s has brought back its popular Big Toy Event, aimed at drawing these shoppers back into stores, and offering something for the little ones.”

Lidl’s performance at a total level has also improved, with sales up 4.9% and its market share increasing to 11.9%.  While the retailer’s existing shoppers are visiting more often, and spending more when they do, penetration has dropped slightly by 0.4%.