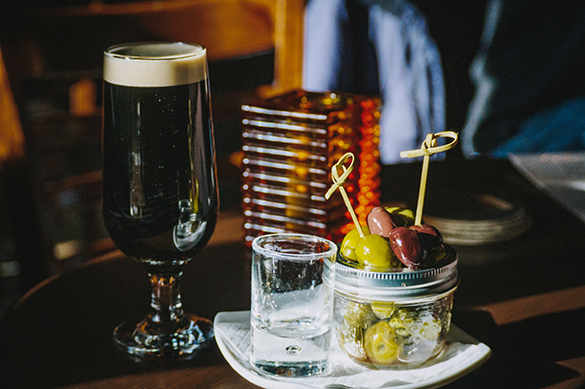 The latest grocery market share figures published today by Kantar show that the Irish grocery market grew by 3.2% in the 12 weeks to 24 March 2019.  Despite Easter falling three weeks later than last year, and the absence of the extreme weather which provided an unexpected boost for some retailers in 2018, strong overall performance means market growth was only marginally slower than 12 months ago.

Douglas Faughnan, consumer insight director at Kantar, comments: “If the early evidence is anything to go on, spring 2019 could be a bumper period for the Irish grocery market.  The late Easter hasn’t stopped retailers promoting seasonal favourites – the holiday weekend is still two weeks away but already over half of Irish households have stocked up on Easter Eggs.

“So far the grocers have been focusing their efforts on multibuy offers to encourage shoppers to splash out a little earlier than they usually would.  This has proven successful to date: over €15 million has been spent on Easter Eggs in 2019 and 41% of these have been bought as part of a deal.”

The St Patrick’s Day bank holiday weekend also provided an opportunity for retailers to entice shoppers into stores.  Many promotional campaigns focused on the provenance of Irish breakfast staples, which saw two-thirds of the population buying either fresh sausages, bacon rashers or black and white pudding.

Douglas Faughnan continues: “Alcohol always features prominently around St Patrick’s Day, and in the week to the 17 March sales of beer, lager and cider hit their highest point since the New Year.  This helped overall sales for the month to 24 March eclipse the €25 million mark.”

With growth of 11.0%, Aldi was again the best performing retailer and now has a market share of 12.1%, breaking the 12% barrier in Ireland for the first time.  Douglas Faughnan comments: “While Aldi is popular with every demographic group, it is with younger shoppers that it is growing fastest.  This cohort now accounts for 16% of the retailer’s overall sales, having grown by 22.7% over the latest 12 weeks – demonstrating its growing appeal to shoppers beyond just its core family target.”

Lidl saw sales rise by 6.2% making it the second fastest growing retailer this period.  Lidl now accounts for 11.8% of the market, its highest share since August last year, although slightly lower than the 12% it reached in July 2017.  Brands continue to play a major role in its success, now accounting for just under one out of every 10 items bought after growth of 28% on last year.

Dunnes Stores sustained its strong performance and held its place as Ireland’s largest grocer for the seventh consecutive period.  In contrast to Aldi and Lidl, Dunnes’ growth has been driven by private label sales, which went up by 9.2% over the past 12 weeks.  Douglas Faughnan comments: “Dunnes’ current run in pole position beats the five consecutive periods in which the retailer topped the charts between November and February last year.  This goes to show that its appeal to shoppers is broadening beyond the key Christmas period when it has historically performed strongest.“

Meanwhile, Tesco and SuperValu recorded relatively flat performance compared with the rest of the market.  Growth of 0.6% at Tesco was underlined by a strong performance in fresh produce, with fruit and vegetables up by 5.5% and 4.4% respectively.

Douglas Faughnan continues: “SuperValu has been impacted most by the late Easter this year. The Musgrave-owned retailer was number one this time in 2018 and typically performs strongly in the run up to Easter.  The retailer also benefitted disproportionately from the adverse weather brought on by the Beast from the East 12 months ago, as shoppers topped up via their local and independent stores rather than larger supermarkets.  The absence of such circumstances this year has likely contributed to SuperValu’s sales decline of 0.