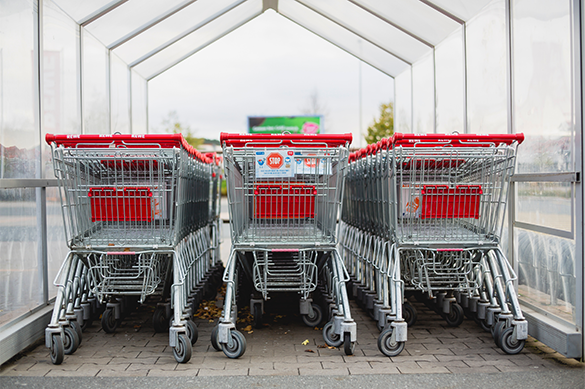 The Irish grocery market followed up a record-breaking festive period by posting year-on-year sales growth of 3.4% during the 12 weeks to 27 January.  Despite shoppers tightening the purse strings, the latest figures from Kantar show a strong start to 2019 as New Year’s resolutions shaped shopping baskets.

Douglas Faughnan, consumer insight director at Kantar, comments: “While families were willing to splurge in the run up to Christmas, January has seen them cut back – the average household spent €120 less on groceries during the four weeks to 27 January than in December.  Shoppers were less likely to reach for more expensive branded and premium products, with sales falling 28% and 31% compared with December 2018.

“After an indulgent festive period, many Irish shoppers started the year with good intentions and January sales of fruit and vegetables were up €7 million year on year.  Vegetable side dishes and vegetarian sausages and burgers collectively rose by 35% and, amid the rising popularity of Veganuary, sales of plant-based milks were 40% higher than in January 2018.

“Dry January may have dominated headlines and social media feeds but not everyone abstained – more than a third of Irish households bought either beer, cider or wine in January.  Wine proved to be the most popular – 25% of shoppers took home at least one bottle during the past four weeks.”

Aldi and Lidl’s strong performance continues into the New Year

Aldi and Lidl continue to gain market share and more than 70% of Irish households shopped at both during the past 12 weeks.  Douglas Faughnan comments: “Aldi and Lidl have demonstrated their popularity at two distinctly different times of year – December and January – by providing shoppers with opportunities to both indulge and save.  Both retailers achieved record market share over Christmas and that strong performance has continued into the new year – Aldi increased sales by 10% and Lidl by 5.2%.”

Dunnes was the only other retailer to gain market share this period, attracting enough new shoppers to boost its sales by 4%.  Douglas Faughnan explains: “Dunnes continues to engender loyalty among its existing shoppers with its strong premium own label and branded ranges.  Crucially, the retailer has won over new shoppers as well, welcoming an extra 20,000 households through its doors compared with last year.”

Despite the number of Tesco and SuperValu customers both remaining flat, the retailers increased sales by 1.5% and 1.3% respectively.  This growth was derived from different sources – just under 70% of Tesco’s rise in sales came from its own label ranges while SuperValu was supported by its branded sales.