A focus on premiumisation in the milk market 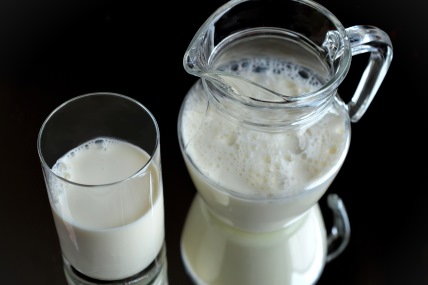 A strong driver of growth in dairy has been its single biggest sub category - milk - which sees its second consecutive period of volume growth, having been in decline since June last year, alongside its now long running value growth performance.

Like butters, spreads and margarines (BSM), the focus of last month’s report, milk had been seeing value growth despite volume decline due to a trend of premiuimisation within the sector. This was achieved by opening up at least a portion of milk buyers’ spend to added value offerings. In the last 52 weeks, shoppers switched almost 54,000 litres from standard fresh milk to fresh added value offerings such as farmer’s milk, organic or dairy alternatives. Shoppers became more adventurous and expanded their milk repertoire, with 61.1% buying into more than one type of milk last year* compared to 52.0% the year before.

Despite this significant shift towards added value, penetration of standard fresh milk remains around the same level (94.0% compared with 94.4% the previous year). Shoppers are simply buying slightly less standard milk and trading up a portion of their spend. That said, despite penetration now hitting 49.8%, fresh added value milk is only purchased on average 19.5 times per year in contrast to 64 times for standard fresh, showing it is not replacing shoppers’ staple milk.

Nevertheless, with an average price point of 91 pence per litre compared with 51 pence per litre for standard fresh milk, the trend of shoppers increasingly dedicating a portion of their spend to added value options is having a very positive effect on the value of the category, even as volume remains more stable.