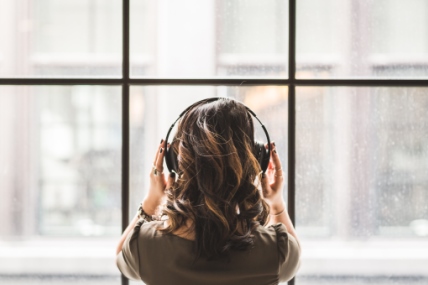 The latest data on the physical entertainment market from Kantar Worldpanel has revealed a slowing decline for physical music: sales of CDs were down only 0.5% year on year. This is in sharp contrast to the double digit drops seen by video and games – down 13% and 20% respectively, as the overall market saw a fall in sales of 12.1% year on year.

Olivia Moore, analyst at Kantar Worldpanel, explains: “The physical entertainment market has had another tough quarter, parting company with 1.3 million shoppers compared to this time last year. Music has been a real bright spot, thanks in large part to Ed Sheeran’s latest chart-topping offering. Divide has accounted for over 10% of CD sales since its launch in March. A quarter of those buying Sheeran’s offering hadn’t bought a CD in the previous 12 months, so the release tempted 250,000 buyers back to the physical entertainment market.”

“This improving performance for physical music has been in spite of the rising digital tide: 13% of the UK population now pays for a streaming service – up from 9% this time last year – and tie-ups promising digital content are bringing streaming to a wider audience. These offers are proving popular with consumers: since EE introduced a six-month free Apple Music trial, a fifth of its customers have reported feeling like they were getting more bang for their buck. But CDs aren’t out of tricks just yet: they still have a loyal following among older consumers, and fans of all ages still want to own hard copies of high-profile releases like Ed Sheeran’s Divide.”

HMV saw its market share increase as a result of the strong quarter for music – up 0.8 percentage points – as it managed to encourage more browsing shoppers to make a purchase. 29% of spending in HMV was by those who entered the store to browse during the past quarter, up from 20% last year.

Olivia Moore continues: “Amazon remained the biggest entertainment retailer, taking its highest market share of 2017 so far despite year-on-year share decline. Meanwhile, fewer gaming releases than last year took their toll on GAME’s share of the market, down 2.5 percentage points on this time last year. Argos fared better, adding 0.8 percentage points to its overall market share and accounting for over a fifth of planned spending on games during the latest quarter: good news for new owner Sainsbury’s.

“Gaming titles accounted for only two of the top 10 titles across physical entertainment during the past three months – down from five last year – thanks to a quieter release slate during the latest quarter. Shoppers are also buying games less often, playing top titles for longer before making a new purchase – great for customers’ wallets, but a challenge for gaming retailers.”

Elsewhere video saw some success with new releases, which grew by 2% year on year. Rogue One: A Star Wars Story took the top spot, following in the very successful footsteps of The Force Awakens last year. One million shoppers picked up a copy of Rogue One, and with the franchise set to continue for at least another three years, retailers will be looking to encourage shoppers to collect the whole series in DVD or Blu-ray format.