Flavoured Milk is the flavour of the month 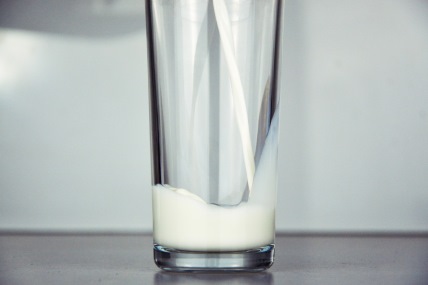 The Dairy market maintains its positive growth , albeit at a slightly reduced rate on last period, after climbing out of long term decline in September for the first time since early 2014.

Flavoured Milk sees the strongest growth, with all Milk sectors growing steadily despite reduced volume for the Fresh and Ambient Flavoured categories. Key to this growth is shoppers increasingly trading up at least a portion of their milk purchasing to added value offerings; such as Organic, Farmers Milk or Dairy free.

Achieving similarly strong growth is Cream, boosted by its strongest Christmas to date where it grew its sales by 10.3% compared to the same 4 weeks last year. With the Christmas period accounting for 17% of cream volume over the whole year, a strong performance is key to success for the sector. Key to making this Christmas the cream of the crop was the extra two trading days afforded by Christmas Day falling on a Sunday and the trend of premiumisation as shoppers moved into brands and more premium tiers of cream.

Another sector to benefit from a strong Christmas was speciality Cheese, of which 22.7% of volume was sold during this period, however a strong festive showing was not enough to hold back the continued decline for Cheese in total, Cheddar continues to drive this decline with falling prices the problem.

Continued falling prices also hamper Yoghurts, as promotional mechanisms within the category increasingly move away from Y for £X to TPR. Increased frequency is largely offsetting the falling prices however as the sector sees volume growth, providing optimism going forward.

Blocks and Spreads on the other hand manage to see spend growth despite volume decline. Consumers are Increasingly switching within BSM from traditionally bigger volume but cheaper dairy spreads towards pricier spreadable and block formats. This along with fewer Y for £X promotions has driven this fall in volume but increasing prices.