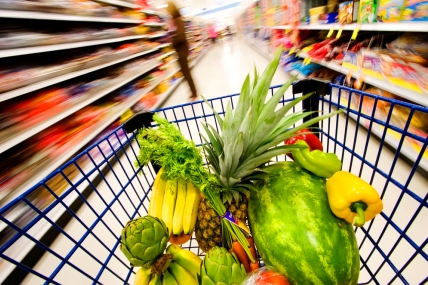 The latest grocery share figures from Kantar Worldpanel, published today for the 12 weeks ending 4th September 2011, show the continued resilience of the grocery sector with the market growing at 4.5% per year. This is below the 5.3% grocery price inflation in this period as shoppers seek to control their expenditure.

Martin Whittingham, director at Kantar Worldpanel explains: “The grocery market continues to deliver solid growth helped by inflation. Consumers are managing their budget by making more shopping trips but buying fewer items on each outing. These changes are at the margin but illustrate how shoppers are trying to cope with the increasing pressures on their household budget.”

Morrisons has once again achieved the strongest growth of the big four, but Sainsbury’s is close behind with both retailers ahead of market growth. As a consequence, they have both gained market share year on year.

Martin continues: “The hard discounters of Aldi and Lidl continue to maintain their double digit growth with a collective 6.0% share of the grocery market. Waitrose, on the other end of the price scale, has achieved growth for the fifth consecutive period in the range 8 to 9% showing that the ‘two nations’ split remains an ongoing theme.”

Grocery inflation stands at 5.3%* for the 12 period week ending 4th September 2011. This is an increase on the 5.2% reported last period. However, this remains well below the levels of over 9% we saw during the 2008 recession.