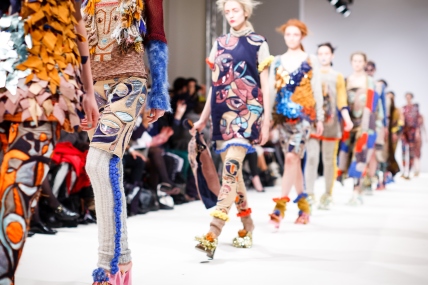 No one can deny that this season has thrown the fashion world off course into unfamiliar territory. Consumer Confidence is low but the luxury sector’s performance is growing. The pound continues its weakening spiral while the high street insists on lowering prices. A cold Spring and a warmer than usual Autumn has been the stuff of buyers’ and merchandisers’ nightmares. Now who can forget the “Buy Now” Catwalk collections that blur the lines of traditional seasonal purchases?

In essence, the above circumstances created a perfect storm for the fashion market, with the market suffering its deepest decline this month since 2009 at -1.9% wiping £700 million from the market. Retailers, however, have not helped themselves by investing heavily in trend led products and ignoring the “back to basics” mentality that shoppers resort to in this volatile environment. The latest data from Kantar Worldpanel’s Fashion Panel shows that product mix may be dragging the market down further than expected.

Desperate to entice and engage shoppers, many high street brands made very bold buying decisions investing in trendy product offerings hoping to stand out from one another and appeal to millennial shoppers. By doing so, however, they all now look like similar versions of themselves; compounding these decisions with the current retail climate and these retailers are all struggling in the same boat.

Take denim this season for example. Analysing quarter year* data to 25 September 2016, women’s jeans are declining at -6.8% in the total market. Retailers followed the fashion crowd’s lead by heavily promoting new cuts and styles of denim on the high street. Wide leg, cropped flares, stepped and frayed hems are just some of the styles high street stores are championing this season, but this push of new styles onto consumers hasn’t translated into sales.

Comparing this season’s proportion of sales by style to last season, women’s denim sees very little movement. Surprisingly, however, skinny jeans have seen an increase of 2.4% share to the detriment of bootleg cuts which lost 1.7% share points. Despite what the fashionistas and magazine editors say, skinny jeans hold 55% of the market while wide leg or flares hold only 1.4% share.

With the investment in cropped trousers and culottes styles running rampant amongst the high street, medium block heel ankle boots were pushed to complement the cropped hem. One had a knock on effect on the other with women’s boots experiencing a -17% decline (equal to £24.4m) this quarter*. While all boot styles are in decline, medium heeled boots are showing one of the steepest declines at -18.6%, while specific medium heel calf high boots are declining at -18.2% (equal to £4.7m), both underperforming against the market in boots.

While product mix is not the sole reason the market is in decline, the retailers are not doing themselves any favours by investing so heavily in trendier merchandise. While the products may stand out in advertisements or window displays, these don’t necessarily translate into sales. In this uncertain sales climate, retailers would be better off listening to what their customers really want and engage them with quality for value pieces that slot seamlessly into their shoppers’ wardrobes as the seasons change.