It's chipper for chips! 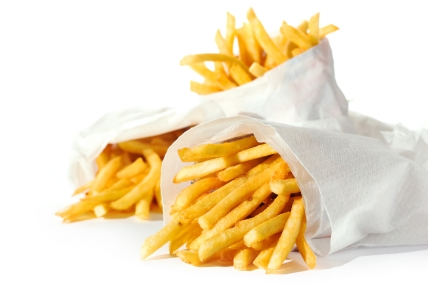 As we celebrate National Chip Week, the latest research from Kantar Worldpanel shows that chips are a firm favourite with Britons, coming in second place to boiled or mashed potatoes.

Chips were eaten on over 2.7 million occasions in the last year proving that when it comes to potatoes Britons prefer them crispy. Over 330 million kilo grams of frozen chips were sold in Great Britain in the last year, with the majority being consumed towards the end of the week on Fridays and Saturdays.

Giles Quick, Director, from Kantar Worldpanel comments: “Chips have traditionally been perceived as a treat by consumers, however the recent move to lower the fat content of chips is changing this perception. Some of the more popular brands, such as McCain, now produce chips with only 3% fat content - this is equivalent to the fat content in wholemeal bread and less than that of porridge - making chips a less guilty pleasure.”

Fish and chips is the most popular meal to include chips, with the number of occasions fish and chips are bought and cooked at home rising by nearly 7% since 2007.