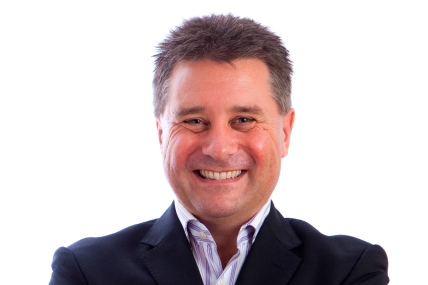 Kantar Worldpanel UK, Ireland and US managing director Tim Kidd has won a Glassdoor Employees’ Choice Award honouring the Top CEOs in 2018.  Glassdoor’s annual report recognises the CEOs who are highly regarded by their employees in countries throughout North America and parts of Europe.  Ranked in fifth place among all UK CEOs, the achievement makes Kidd the highest ranked business leader in the market research sector.

Responding to the news, Josep Montserrat, Global CEO, Kantar Worldpanel, said: “I am very pleased that Tim has been recognised by Glassdoor for his huge contribution to making Kantar Worldpanel a unique place for people to grow and develop. Putting people first is part of Tim's DNA and top of his agenda. Congratulations!”

Among chief executives recognised by employees in the UK, Kidd received an approval rating of 98% based on the anonymous and voluntary reviews shared by Kantar Worldpanel employees on Glassdoor, one of the world’s largest job and recruiting sites, throughout the past year.

Commenting on the achievement, Abigail Macdonald, HR director at Kantar Worldpanel UK and Ireland, said, “Tim’s dedication to creating an open and trusting environment where everyone can grow to their full potential is evident throughout Kantar Worldpanel and borne out by our success as a business.  Respect for individuals is a key part of our culture and Tim sets a great example, and his win is something that will be celebrated by our whole organisation.”

Robert Hohman, Glassdoor co-founder and CEO, said, “Winning a Glassdoor Top CEO award is a true acknowledgement of exceptional leadership, as it reflects the opinions of the employees who work with a chief executive every day.  I congratulate all of this year’s winners on this significant achievement.  It can be a real recruiting advantage to have a top-rated CEO at the helm of a company who has strong support from his or her employees.  The best CEOs are inspiring, trustworthy, innovative and can be great motivators for people to bring their best selves to work.”

Employees who submit reviews about their company on Glassdoor are asked to rate various factors about their employment experience, including their overall satisfaction and other workplace attributes like senior management.  As part of these ratings, employees are also asked to rate whether they approve, disapprove or are neutral about the job their CEO is doing.

Among the 770,000 companies reviewed on Glassdoor, the average CEO approval rating is 69 percent.  See the complete list of all UK Top CEOs in 2018 here.

Explore our vacancies on our careers site