Lunch: the new most important meal of the day? 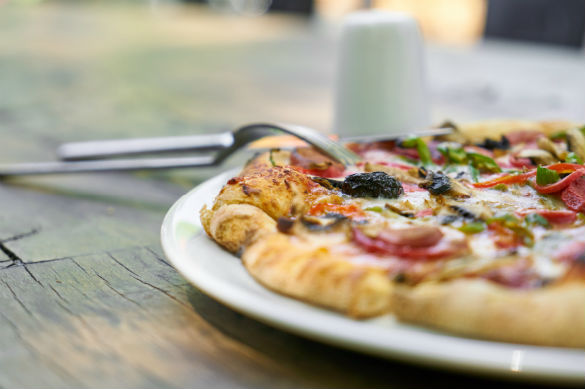 Brits are now buying lunch out of the home more often than breakfast and dinner combined, says new research from Kantar.  Consumers bought lunch 840 million times in the 12 weeks to 16 June 2019, which is an increase of 6.7 million purchases.  In contrast, total breakfast and dinner meals out number 809 million; last year this figure stood at 839.4 million, while lunches were bought 833.7 million times.

Lucy Chapman, strategic insight director at Kantar, explains: “In a tough market climate, consumers are trading down to cheaper meals out.  Lunch spots tend to benefit when purse-strings tighten because they’re seen as more of an affordable luxury: lunch is about two and a half times less than the price of eating dinner out.

“However, the lunchtime market is incredibly diverse, and people are just as likely to buy their lunch in a fast food restaurant as they are at a supermarket or convenience store.  As such, anywhere that is trying to tap into this market needs to make sure it isn’t trying to be all things to all people and ending up with no distinct proposition of its own.”

Despite an increase in packed lunches being taken to work, the latest Kantar data reveals that lunches bought during the working day are still having a significant impact on the sector.  Almost a third of lunches bought on the go are brought back to the office and here the supermarkets are making great strides, selling 20 million more sandwiches than this time last year – in fact, sandwich sales account for a fifth of all out-of-home growth in the grocery retailers.  Lucy Chapman adds: “Supermarkets are in the perfect position of being able to sell out of home items as well as stocking packed lunch supplies and single items that can be added to carried out lunches.  An average lunch bought in a supermarket costs £2.97, which compares very favourably both to the out of home average of £5.09 and to the £1.82 it costs to make a packed lunch, meaning supermarkets can occupy a comfortable middle ground.”

The supermarkets are stealing lunchtime share from fast food restaurants, which despite being the next biggest players in the market have dropped four million visits year-on-year.  Lucy Chapman continues: “While fast food restaurants are losing shoppers at lunchtime there are strong signs of a fightback.  For example, the new wrap range from McDonald’s and the corresponding #LiveYourBestLunch marketing campaign are a clear attempt to move in on lunch as the company has done on breakfast.  But the line between different lunchtime outlets is blurring.

“Sainsbury’s and Asda have announced partnerships with Deliveroo and Just Eat in the past month and the traditional out of home operators need to acknowledge the scale of the competition that the supermarkets bring, because consumers won’t necessarily distinguish between a supermarket, a café or high street bakery.”

One in five lunches bought on the go are now enjoyed outside, reflected in the popularity of foods like pizza slices which can be eaten with minimal fuss such as standing up or by hand.  Lucy Chapman comments: “We’re facing our second heatwave in as many years and hopefully the retailers have learned from last year that it’s not just what you sell, but how convenient it is for customers.”

Find out more about our Out of Home service