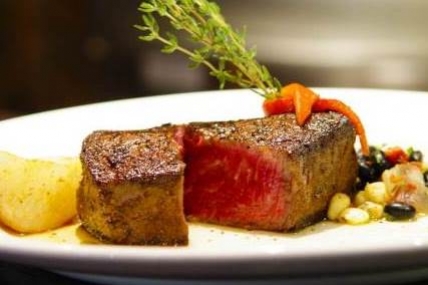 Christmas is a critical time of the year for almost all consumer markets – nowhere is this truer than grocery. The Meat and Poultry categories are at the forefront of this, with the retailers and suppliers battling it out over the festive period.

In the latest edition of the Meat and Poultry newsletter, our experts investigate the increase in volume over the festive period, and the effects of the ongoing price war between the retailers.

In 2014, the holiday season saw more people shopping online than ever before, with a 20% growth in transactions compared to the year before. This was due to “an extra day of trading in the Christmas week, coupled with the good weather”, says Tom Baxter, Consumer Insight Director.

Shoppers were the real winners this Christmas, with an intense price war waging throughout the retailers resulting in lower prices almost across the board. Lower prices and the extra trading day saw volumes increase almost unanimously in Meat and Poultry categories, even if value remained fairly static – a welcome change after the volume decline last Christmas.

“From January to November, the average amount being spent on meat & poultry over a 4 week period is £23.14. Over the 4 weeks of Christmas, this increases to £27.98, meaning there’s a lot more at stake for retailers as they attempt to rein in the festive shoppers at this crucial time of year,” said Michelle Coggin, Category Analyst.

Fresh meat & poultry up enjoyed a good Christmas, increasing 1.8% in volume, with fresh turkey and beef seeing the biggest growth. More consumers are buying beef, and more often – over half of all UK households bought fresh beef over the 4 weeks of Christmas.

Category challenges for Meat and Poultry

Despite its traditional seasonal popularity, fresh Turkey sales were static, though volume grew – again due to ongoing price reductions. Frozen turkey in particular had a strong year, with volume growth of 6.3% - and as with fresh beef, this was driven by more shoppers purchasing frozen Turkey and those shoppers buying larger quantities.

Pork saw a value decline of 8.9%, driven by a decline in pork roasting – fewer people bought it, less often and at lower prices. Chicken also suffered – even though larger quantities were sold, price cuts and promotions caused an overall decline in the value of chicken sales.

Despite the increased market share of the discounters, M&S and Waitrose, Tesco was alone among the Big 4 in increasing its fresh meat and poultry value share, growing off a poor performance last Christmas. This is in part due to the 260,000 extra households that bought their Meat & Poultry online compared to last year. “Although this is consistently increasing, there is still plenty of headroom,” says Tom Baxter. Tesco took over half the spend in this channel, with Ocado and Asda experiencing a decline in online sales over the Christmas period.

Encouraging growth from Tesco was, however, unable to compete with 17% growth from both the discounters, who now hold a combined 7.5% of the Christmas shop, compared with 6.3% last Christmas. Promotional activity changed dramatically within the discounters this Christmas; both increasing their promotional participation primarily through price cuts to continue their steady gain in market shares.

Looking beyond the Christmas superstars

Smaller proteins have long been a festive staple for many UK households, almost all of which saw steady growth this year when compared to the previous Christmas. An increase in the number of shoppers buying sausages at this time of year, and the amount that they bought, were key to the 1.2% volume growth of sausages, which was seen most prominently in the Thick and Thin sausage categories. However, the categories most commonly associated with Christmas, Chipolatas and Cocktail, were in decline this year – most notably in volume.

Bacon rashers, whether laid over the turkey or involved in a Christmas breakfast, stayed relatively flat in value this year due in part to lower prices than last year. Aldi and Lidl continued their rise amongst the retailers, growing value at 30% and 17% respectively, whilst the Big 4 collectively declined.

Gammon and Ham, which are a common feature on Boxing Day, had mixed results his year, being two of the few categories that weren’t involved in the extensive price wars seen between retailers. Higher prices of Gammon Joints meant that value was able to grow, despite a sharp decline in volume. Tesco were particularly successful in this category, growing at nearly 8% after a TV and print campaign advertised a ½ price offer on joints.

Two categories that are celebrated throughout the Christmas period are Fresh Gravy and Stuffing, both of which saw strong growth this year as more households bought into these as an alternative to ambient or even homemade options. Again, a growing number of shoppers within this category was the key to these results, despite lower prices year on year.

What does this mean for red meat and how should the industry respond? Download the newsletter for the full story from our Meat and Poultry experts.