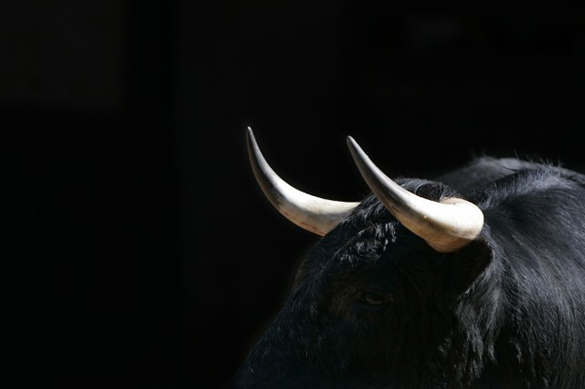 The last month has seen big changes to our lifestyles and priorities. With shoppers needing to cater for an additional 500 million meals a week in the home we’ve seen a record month for the grocery market. Some £10.8 billion of grocery sales were recorded in the last four weeks, eclipsing even the peak seen at Christmas. The meat, fish and poultry (MFP) categories are a key part of the meals we eat and saw a huge uplift in the last four weeks in particular. While headlines about panic buying and stockpiling have been ubiquitous, this doesn’t reflect the reality. The surge in demand is down to shoppers buying to cover this increase in meals consumed at home, and in some cases having more people to feed in the household.

Nathan Ward, Business Unit Director, MFP, explains: “We’ve seen a huge uplift in volume sales as people look to feed their families in these uncertain times. The last four weeks are key to the performance of the market. Chilled fish, for example, saw a 6% rise over the past 12 weeks, but a 20% increase in the last four weeks. This trend is mirrored in fresh primary meat and poultry where the 9% growth over the past 12 weeks is surpassed by a 27% increase in the last four weeks. This isn’t a result of excessively big shops and stockpiling large quantities, but by more shoppers making more frequent trips to buy these categories. Fresh primary meat and poultry saw almost a million more shoppers over the four week period compared with last year and a 17% increase in trips – equating to 11.9 additional store visits. This was reflected in processed meat and poultry which saw 1.1 million more shoppers and 11.2 million more trips.”

Ward continues: “Shoppers have made sure they have the right products in the home to suit their needs, such as options for different meals, as well as for batch cooking and freezing. This has an impact on what we’re buying – mince has been the strongest performer within primary meat and poultry, with volume sales up 42% compared with last year. Mince has a wide appeal across life-stages and fits into simple meals that the whole family can enjoy, ticking a lot of boxes for consumers. Similarly, the versatility of poultry has also been a draw for shoppers, with breasts, legs and wings showing strong growth of 35% on last year. Processed meat and poultry has seen 20% volume growth over the past four weeks, turning around a previously challenging picture for the sector. Over the past 12 weeks, processed lines are in 6% growth, with the tried and tested meal solutions driving that performance. Additionally, simple family favourites have seen strong volume uplifts over the four weeks, with bacon, sausages and burgers all seeing the strongest growth for many years as shoppers return to what they know and what is in stock.”

Fish also saw a turnaround in fortunes, with value and volume decline last month turning into strong growth this period. Volume sales grew by 12% over the 4 weeks. Chilled fish has seen a slower growth than meat and poultry, with much more modest increases in trips (up 2.7 million) and shoppers (up 380,000), but with the average shopper buying 9% more by volume over the last four weeks. Ward continues: “Fish has seen strong growth, with favourites salmon, prawns and haddock all growing ahead of the market. The smaller challengers in the market have seen strong short term growth accelerate, with tuna and sea bass seeing volume growth of more than 40% in the last four weeks. Natural fish remains a vital category, but added value, breaded and battered lines are the fastest growing sectors over the last four weeks, as shoppers buy into the sectors which provide quick, easier meals. Natural fish has not performed as strongly over the last four weeks, and is in decline over the past 12 weeks, with a strong performance from salmon offset by declines in sales of cod and basa."

Shoppers’ behaviour has been hugely volatile over recent weeks, sparking unprecedented growth for the MFP categories. Keeping a close eye on what consumers are buying, storing and using will be key to forecasting demand and scenario planning. Look out for our next data release in four weeks’ time where we uncover how our behaviour changes as we settle into the first month of lockdown?