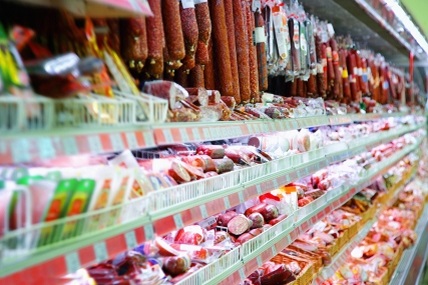 The latest Meat, Fish and Poultry (MFP) figures from Kantar Worldpanel, published today for the 12 weeks ending 11th October 2015 have seen a volume growth for all of the macro markets. We are seeing an improved performance in Primary Meat & Poultry, with faster volume growth and value decline slowing.

Processed Meats and Poultry are seeing Bacon and Sausages holding back growth, but British Sausage Week provides an opportunity to address this performance. Nathan Ward, Business Unit Director for Meat, Fish & Poultry comments ‘This event could provide a shot in the arm for Sausages, which have moved into decline on an annual and quarterly basis. The decline in Sausages is being driven by pre-family and upmarket shoppers, so it will be interesting to see if British Sausage Week is successful in bringing in more of these shoppers into the market.’

Last month we saw that Beef and Pork were holding back Primary Meat & poultry performance, but that has all changed this month, with only Pork in decline. Ward explains ‘Pork has seen an accelerated decline driven by 560,000 less shoppers. In stark contrast, Beef has benefitted from more shoppers buying more often driving value and volume growth.’ The decline in Pork has been driven by Steaks & Chops seeing value losses and Joints seeing a similar decline. These losses are coming most strongly through less affluent 35-64 year old shoppers, where the 11% decrease in Pork promotional volumes may hit hardest. Beef success over the period has come through Steaks and Mince. These cuts are opening up a wider set of meals for Beef to access, with Steaks being the main focus of a meal and Mince usually an ingredient element in a meal.

Despite the annualisation of the free school meals for 5-7 year olds programme, we are seeing volumes in Sliced Cooked Meats returning to growth. With discussions on extending or cutting this still ongoing, there is potential for a second hit or boost to volumes which we will continue to monitor.

Chilled Fish continues to see the strong value and volume growth we’ve seen in the past slow down. Growth is driven by 320,000 more shoppers, but growth is being held back by decline in Shellfish and Breaded & Natural Fish. The next data release will be out in 4 weeks time, could we see volume growth start to outstrip value growth as deflationary pressure hits this market?