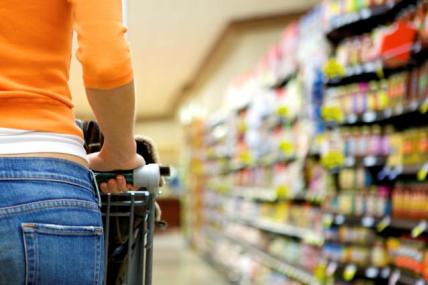 Nowhere does the concept of a divided Britain ring more true than on the high street, with the haves and have nots becoming increasingly apparent in the lives of British consumers.

Edward Garner, director at Kantar Worldpanel, explains: “Two nations of shoppers have emerged within the grocery market. We only have to look at the strong performances of hard discounters Aldi and Lidl who have seen a 9% year-on-year increase while, at the other end of the price scale, Waitrose has achieved growth of 8%. The combined growth rate of these three retailers is almost triple that of the big four supermarkets, as shoppers move away from the middle ground and polarise their spend between the discounters and the premium grocers.

“Some consumers prioritise value for money while others have come to the conclusion that there is more to life than the cheapest food – this is confirmed by the growth of both budget and premium own label products. Sainsbury’s, for example, has grown its own label budget range by 10%. However, it has also increased sales of its premium label ‘taste the difference’ range by 12%.”

The ‘Two nations’ phenomenon is also being seen within the alcohol market with premium alcohol brands increasing in popularity. The top five world beer brands have seen huge growth of 20.1% in the past year – this is despite total lager volume sales being down 5.7% year-on-year.

There is further divergence in shopper behaviour within the beauty market – with prestige brands showing rapid growth despite cutbacks being made in the standard part of the market.

Edward continues: “Prestige skincare brands, such as Clarins, have grown by 9% year-on-year and prestige cosmetics by 7%. The value of professional beauty treatments has also grown by an astonishing 18%. Although some shoppers can afford to splash out on themselves, it is a different story on the other side of the high street, as consumers find new ways to make savings in their beauty routines. Since the recession, 10% of women have shifted from a complex personal care regime to a simpler one, cutting back on products such as mouth wash, eye cream and body fragrance – all of which are not deemed vital. Instead, we are seeing the growth of ‘combination products’ which can be used for more than one purpose – such as day and night face cream – while specialised products such as anti aging creams have taken a hit. Men are also being more sparing with their products, using two blades fewer per year for shaving than they did in 2008.”