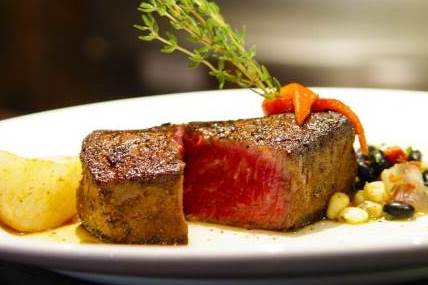 So here’s the situation. In the last five years British households have spent 14% more on fresh red meat but we’ve got 4% less volume for our money. Price up, volume down. That’s the explanation behind this, right? Price is a factor but we’re also being charged more for Chicken so it can’t explain everything.

In the latest edition of the Meat and Poultry newsletter, our experts investigate the causes of the decline in red meat volumes. Our team unravel the volume challenge, the threat of chicken and how to earn a place on the single person’s plate.

Price inflation is a factor behind the contrasting value and volume sales performance.

The average price paid per kilo of Fresh Red Meat has increased by 19% over the last 5 years. Price has impacted our shopping patterns. However, over the same period the price of Fresh Chicken has increased by 16%. The difference being that Fresh Chicken volumes have risen by 3% whilst fresh red meat volumes have fallen.
The most important factor is shoppers buying in smaller quantities, which has taken £247m out of the market in the last 5 years. A key reason is the type of products we’re buying. Volume sales of roasting joints have fallen by 10% over the last 5 years. In the same period mince volumes have increased by 3%. There is also evidence of shoppers switching out of roasting joints in red meat towards smaller cuts of Chicken.

In the last three years a third of all chicken volume growth has come at the expense of red meat.

Chicken is a clear substitute for red meat. It is also well positioned to appeal to growing consumer trends towards versatility, price and health. Consumer interest in health has soared in the last 15 years with 22% of meals now being driven by a health motivation. Chicken lends itself to so many recipes that it’s difficult to think of a dish containing protein where chicken doesn’t fit. The biggest win for chicken has been from beef roasting joints as shoppers are switching into more versatile cuts of chicken. As we move away from ‘meat and two veg’ towards dish-based cuisine such as curries and pasta dishes, it is the dish maker rather than the protein ingredient which carries the greater value for consumers. This is also a reflection on the nation’s changing eating habits. Where once it was normal for families to eat together in the evening and come together for the Sunday roast, the current trend it towards more fragmented meal occasions.

Today nearly a quarter of all evening meals are eaten by one person alone.

Living alone has a big impact on your choice of meals and red meat really struggles to get onto the plate when people eat alone. Whether we live alone or not the reality is that in homes across Britain we’re spending less time in our kitchens. Over the last 30 years the average preparation time for a meal has halved to 31 minutes.
For the meat industry it is a big challenge ; the less involved we are in the preparation of the meal, the less likely red meat is to appear on the plate. Red meat meal occasions are more likely to have been planned in advance and feature people eating together. The number of meals featuring red meat drops drastically when the preparation time falls under the magic ½ hour mark.

What does this mean for red meat and how should the industry respond? Download the newsletter for the full story from our Meat and Poultry experts.