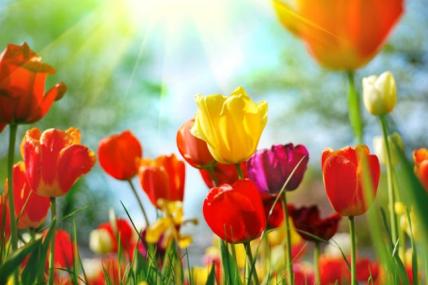 Sales of flowers for St Valentine’s Day were down by 29% last year, but remain the most popular gift for women, according to new figures released today by Kantar Worldpanel GiftTrak.

Over 2.3 million bunches of flowers were sold for 14 February 2010, just under a million fewer than in 2009 as consumers’ tightened their purse strings. Men in particular have cut back on their St Valentine’s Day gift purchases, buying 2.3 million fewer gifts in 2010 than in 2009. As men account for over two thirds of the St Valentine’s Day gifting market the loss of their custom will have a negative impact on retailers looking to target this market.

Alex Seron, Consumer Insight Director for Kantar Worldpanel GiftTrak, comments: “The fact that St Valentine’s Day fell on a Sunday last year certainly contributed to the decline in flower sales, particularly for those independent shops that don’t open on a Sunday. Retailers should be more optimistic this year as St Valentine’s Day falls on a Monday and people are more likely to purchase flowers on the actual day to ensure that they are still fresh.”

For those that were fortunate enough to receive flowers from admirers last year the bunch may not have been as large as usual. The average amount spent per person on flowers declined to £15 from £18 in 2009 and £19 in 2008 – suggesting that the price of love is not what it used to be.

One factor reducing the amount spent on flowers is the increasing prominence of supermarkets in this sector. Supermarkets now sell the majority of flowers bought for the 14 February with just under 1.5 million bunches of flowers purchased at the grocery retailers last Valentine’s day.

Alex Seron, continues: “Despite the fact that supermarkets only began to dominate the St Valentine’s Day flower market in 2008 their impact has certainly been considerable. The average amount spent on all St Valentine’s Day presents in the supermarkets is under £10 and this may explain the drop in the amount spent on flowers in the last three years. Independent florists should emphasise the personal touch that their bouquets offer to distinguish themselves from the supermarkets.”

It was not only the flower market that suffered last February. Just over 11 million romantic gifts were bought last year, 16% fewer than in 2009 and continuing the decline started in 2008.