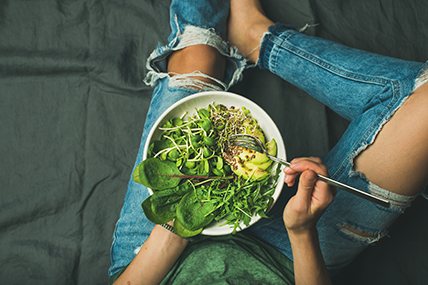 The French showed a lot of awareness of what they consumed 2017 and were willing to place value in healthier products that reassured them.

While 2017 in France fared better socially and economically than the previous year, with a growth in GDP of 1.9% and a stabilisation of unemployment, the French continued to demonstrate a high level of mistrust and scepticism – the weak growth of mass food consumption, (1.1%) is a perfect example of this.

The need to make more responsible and “better” choices continued with people purchasing in smaller quantities - the rise of the “Slow Life”. We also witnessed a swing towards enjoyment in “using rather than possessing”.

The Health and Beauty market is facing a challenge to create value, but a new issue is the challenge of volume as with shoppers make less frequent purchases. Health and Beauty products are becoming less and less of a priority for the French, as they are being won over by the trend towards a natural look: they wear make-up less often (-5.5% in terms of number of items), they shave less, and sometimes even wash less.

Household products are being questioned in the media as some ingredients are suspected of being endocrine disruptors. Sales of classic household products have taken a nosedive, while old-fashioned products like black soap or white vinegar, are experiencing a second wind as alternatives.

In the food markets, the dairy sector was already poorly positioned because of the disenchantment with milk and milk products, this was made worse by the Fipronil scandal in the egg market this year leading to a decrease in volume of 2.4%.

Meat continued to suffer a steady drop in consumption, with ham recently added to the list. Whilst vegetarianism is a trend that is difficult to quantify and only affects 2% of French households to date, the eating habits of French people are moving towards a flexitarian approach (less consumption of meat proteins) with numbers rising from 25% to 34% in the past two years.

The French showed a lot of awareness of what they consumed 2017 and were willing to place value in healthier products that reassured them, such as Organic products (+17% in value), which more than half of French people consider to be better for health. The perception of plant-based products has also become very positive, and benefits the vegetable food ranges, which now attracts a quarter of French households. Organic and vegetable-based are not the only responses to the expectations of French households: some labels can also play a role in reassuring them about the quality or traceability of the products (e.g. the Cruelty-Free label).

In parallel, we are also observing profound changes in eating habits:

French consumers have in the past been very avid promotion-seekers, with more than one out of three shopping baskets containing at least one item that is on offer. But for the first time, in 2017, promotion sensitivity was at a standstill.

The environment has also been characterised by a change in purchasing behaviours, with a fragmentation of shopping. There was a disaffection with the big hypermarkets and a movement towards medium-sized retailers as well as specialist and local brands, increased online purchases and, of course, intensified price competition between brands.