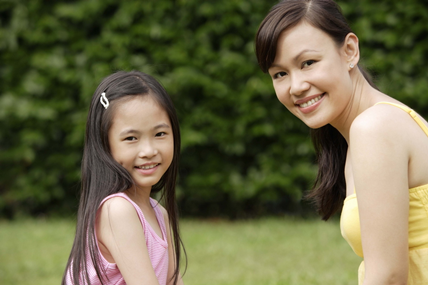 The latest report from Kantar Worldpanel shows thatP&G continues to maintain its leading position on the number of consumers.

Kantar Worldpanel, the global market leader in consumer panels, reveals today there are 21 Fast Moving Consumer Goods (FMCG) companies reaching over 100 million urban Chinese families during the 52 weeks up to Aug 9th, 2013, with 15 of them in the food sectors and 5 of them in the non-food sector.

The 2013 China Shopper Report, developed jointly by Kantar Worldpanel and Bain & Company, re-confirmed that penetration is the most important driver of brand share and a growing consumer base is critical to long term business success in China. The latest Kantar Worldpanel analysis suggests that continuous innovation and product line extension are instrumental to recruiting consumers. Driving penetration in lower tier cities and “Going west” have effectively helped manufacturers to expand their food print in China.

New product launches and portfolio extensions helped companies recruit incremental buyers. Mondelēz China has been successfully growing its buyer base over the past two years through innovations which include the introduction of mini formats across several of its biscuit brands and a new ice-cream variant for Oreo, as well as stepping into the chewing gum category, investing heavily to build the Stride brand. Stride has won over 10 million households within the first 12 months since launch. According to Kantar Worldpanel, Mondelēz China enjoyed the most rapid expansion of its consumer base in urban China for the last three years, with over 8 million incremental buyers each year.

Wahaha, a leading local player in beverage, reported a net loss of 1.3 million urban families in the latest year. Kantar Worldpanel report shows that although Nutri-Express, one of its flagship products, remained market leader in the UHT yogurt category, the brand lost 7 million households for the very first time in recent years due to lack of innovation. The company also lost almost 10 million households through its RTD tea lines. However, Wahaha’s ambitious adventure into carbonated beverages through the launch of KVASS and Qi Li’s strong performance in the functional drink category helped Wahaha regain 10 million new shoppers.

For many categories, overall penetration in the West still lags behind those in the eastern coastal region. With China’s Go West strategy, dairy players such as Mengniu and Yili performed aggressively in the west region. Kantar Worldpanel data reveals that the 6 western provinces contributed 30% and 34% respectively to Mengniu and Yili ’s incremental buyers in the latest year.

Jason Yu, General Manager of Kantar Worldpanel China, commented: ‘With the Chinese government committed to developing the inland regions as part of its growth strategy, manufacturers need to understand how to grow their consumer base in the west. A better understanding of purchase behaviour and usage habits is crucial to success. Many categories remained very fragmented and consumer needs are still evolving in the west. Kantar Worldpanel is well placed to help clients uncover the opportunities to recruit new buyers in this complex market.