Android edges toward 70% in Europe 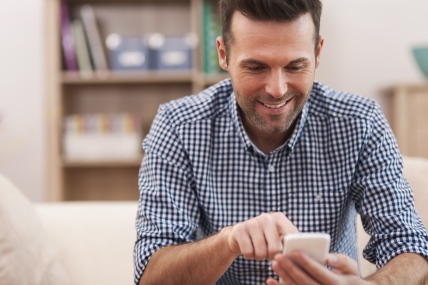 The latest smartphone sales data from Kantar Worldpanel ComTech, for the three months to January 2014, shows Android retain its top spot as the leading OS across Europe with 68.5% share, although Samsung’s dominance of this market is being eroded. Apple holds second place with 19.0% while Windows Phone remains the fastest growing European OS, with 10.1% share.

Dominic Sunnebo, strategic insight director at Kantar Worldpanel ComTech, comments: “In Europe Android continues to move towards 70% share, and the real battle now is among the Android manufacturers. Samsung is dominant, with 39.5% of sales, but this is lower compared with last year. Its position is being eroded by the likes of LG (6.9%), Sony (9.4%) Motorola (1.7%) and new brand Wiko (2%) which are all increasing their share of sales. All of these brands will be hoping their new releases at Mobile World Congress will be well received and help boost performance in 2014.”

Despite underwhelming fourth quarter results, Windows Phone has managed to hold onto double digit share across Europe for four consecutive months. Its success continues to be driven by Nokia’s budget Lumia 520 which was the fourth highest selling handset in Britain during the past three months, only just behind the Apple 5C.

Sunnebo continues: “Nokia has continued its successful tactic of sucking up remaining featurephone owners across Europe. Even in Britain, where smartphone penetration is at 70%, there are over 14 million featurephone consumers for it to target. At some point Nokia will have to start making serious inroads into the smartphone competition, but for the time being its strategy in Europe is working. Crucial for Nokia will be its ability to keep low-end owners loyal and upgrade them to mid to high-end models.”

For Apple, there are encouraging signs as sales of its 5C model start to take off. When Apple first launched its new iPhones in Britain the 5S outsold the 5C by 3:1. However, the iPhone 5C has gained momentum and was the third best-selling smartphone over the past three months, reducing the 5S/C ratio to 2:1. There is a stark gender divide between 5C and 5S buyers – in Britain 74% of 5C buyers are female versus just 36% for the 5S. There are also clear differences in how each device is used. 5S users are more engaged with their device, particularly for data heavy functions such as watching mobile TV or downloading music.

The phablet trend continues to power ahead in China, where almost a third (31%) of smartphones sold in the past three months had screen size of over 5”. Some 9% sold had screens larger than 5.5”.

Sunnebo comments: “Phablet sales across Europe and US have been gradually rising, but it’s China which is driving demand. Phablet owners are less likely than the average consumer to own a tablet, indicating that phablets are increasingly being used as the primary device to browse online in China.

“Interestingly, phablet ownership in China is skewed heavily to women, running counter to Europe and the US where it tends to be young, male early adopters. It’s too early to forecast the long-term trends for China, but in Europe where the first wave of phablet owners are now coming to upgrade, over 40% are down-sizing to a smaller device. Manufacturers targeting the Chinese market should bear this trend in mind in the coming years.”

Smartphone % penetration in Great Britain stood at 70% in January, with 86% of devices sold in the past three months being smartphones.

Kantar Worldpanel ComTech will release a new report at Mobile World Congress on Wednesday 26 February entitled ‘Mobile Trends That Matter Tomorrow’. Please visit this website from 12.30pm (GMT) to access the report on consumer behaviours that will drive tomorrow’s trends in mobile. If you’re at Mobile World Congress, come visit us at Hall 8.1 Stand D51.