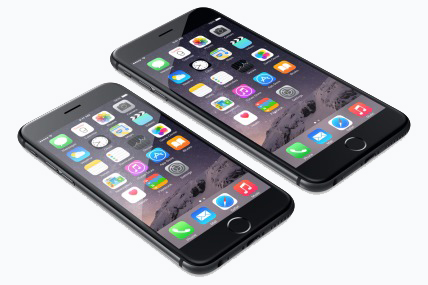 The latest smartphone sales data from Kantar Worldpanel ComTech, for the fourth quarter of 2014, shows that Apple’s share of sales grew across the US, Europe* and China during the important Christmas period, driven by a strong portfolio of devices.

"In the US, Apple iOS overtook Android for the first time since this time in 2012, albeit by the slimmest 0.1% margin," reported Carolina Milanesi, chief of research at Kantar Worldpanel ComTech. “While the success of the iPhone 6 and 6Plus is unprecedented, this quarter’s performance also points to Apple having its strongest portfolio ever. With a range of devices available at different price points in both contract and pre-pay Apple was able to take advantage of a weaker Android offering at the premium end of the market.”

Across Europe, Android’s share declined by 3.8 percentage points year-on-year to 66.1% while iOS rose by 6.2 percentage points. Great Britain had the biggest impact on the decline as iOS grew its share of sales by 13.1 percentage points compared to this time last year with Samsung, LG and Sony all losing market share both year over year and over the previous quarter. “Italy was the only European market where Android grew,” said Dominic Sunnebo, strategic insight director at Kantar Worldpanel ComTech Europe. “Considering the strong pre-pay market and the wider direct channel it is not a surprise that Android products – with their value for money proposition – continue to appeal to Italian consumers.”

Windows Phone, soon to be Windows 10, had seen some success across Europe in 2013 but continued to struggle in the latest period, recording minimal growth only in France and Germany.

“In Urban China, Apple iOS grew share year-on-year at the expense of Android,” explained Tamsin Timpson, strategic insight director at Kantar Worldpanel ComTech Asia. “While Xiaomi remained the bestselling brand in the latest period, Apple was able to close the gap slightly, growing its share to 21.5% from 19% last year.” Almost a quarter of Chinese consumers who bought an iPhone in the past three months were acquiring their first smartphone, compared to 16.5% for the same period in 2013.

Smartphone penetration reached 59% in the US and 67% across Europe’s top five economies while emerging markets such as Brazil (35%) and Mexico (37%) still have a long way to go. “As the opportunity to attract first-time smartphone buyers in developed economies diminishes, retaining loyal customers is becoming as important as winning them over from competing platforms,” Milanesi concluded. “Apple’s average customer loyalty of 87% across the US and Europe certainly looks promising.” While Samsung might be feeling some pressure its brand loyalty remains by far the strongest within the Android ecosystem with an average of 62% across the US and big European markets.

Check out the evolution of the OS market shares in our interactive dataviz. You can also embed it on your own website.