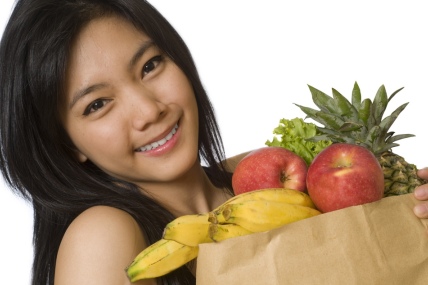 Modern Trade has been steadily rising in the past three years, according to Kantar Worldpanel, the world leader in consumer knowledge and insights based on consumer panels. From 34% in 2012 and 35% in 2013, it is reported that today, 36% of purchases for fast moving consumer goods (FMCG) are made in Modern Trade channels. In fact, 90% of Filipino housewives said they have visited this channel at least once in 2014.
Majority (57%) of FMCG purchases are still made in Traditional Channels comprised of sari-sari stores, groceries and market stalls. The remaining sources for FMCG products are Direct Sales (approximately 1%) and gifting (6%).
Filipino consumers spent P136 more in Modern Trade in 2014, data from Kantar Worldpanel showed. From P7,775 in 2013, the amount spent annually in supermarkets, drug stores, hypermarts, convenience stores, personal care stores, and department stores has gone up to P7,911 this year. Majority of shoppers who frequent this channel have been found to belong to Class ABC in urban areas in the National Capital Region.
According to Kantar Worldpanel, the bulk of the items bought through Modern Trade are food (59.5%). Personal care products rank second at 20.4%, followed by beverages (11.6%) and household care items (8.5%). Furthermore, the top 10 categories that account for most sales in Modern Trade are growing up milk, family/adult milk powder, infant milk, diapers, biscuits, instant coffee powder, bar bath soap, laundry powder, shampoo, and canned meat.

Further analysis of the data gathered by Kantar Worldpanel revealed interesting figures and unique behaviours of shoppers of certain establishments. Mercury Drug is now able to penetrate 33% of homes in the country. Puregold and Robinsons are able to reach out to 22% and 14% of Filipino shoppers, a four (4%) percent and three (3%) percent increase respectively.. Meanwhile, customers are seen to frequent Puregold and Gaisano most with 15 trips this year. Moreover, Gaisano is also the only retailer that has successfully encouraged shoppers to increase their spend per trip– from P3,600 to P3,794 average spend.

Although most of the consumers who shop in Modern Trade are from urban areas, the channel’s share in rural areas is on the rise as well. From 24% in 2012, the percentage of purchases made in Modern Trade in rural areas rose to 25% in 2013. This year, 27% of Filipinos’ spending in rural areas was made in Modern Trade.
The future of Modern Trade in the country is bright. “As the top 10 retailers continue to aggressively expand in both the urban and rural areas in the Philippines, it will be exciting to see how they will maximize their reach to influence shopping behaviour. Kantar Worldpanel believed that efforts will continue to focus on increasing the frequency of shopper visits and growing the amount spent per visit,” Fabrice Carrasco, Kantar Worldpanel Managing Director for the Philippines, Vietnam, and Indonesia, said.