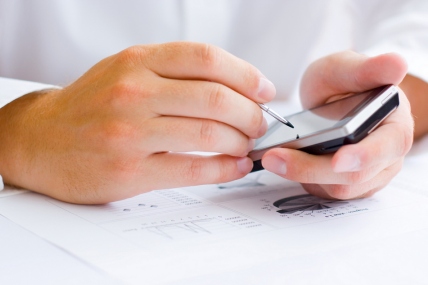 Android continues to hold the number one spot in Britain with 56.2% of the market.

The latest smartphone sales data from Kantar Worldpanel ComTech, for the three months to June 2013, show Apple’s iOS has surged 5.2 percentage points to 30.5% of the British smartphone market, driven by first-time smartphone buyers opting for the iPhone 4.

Dominic Sunnebo, global strategic insight director at Kantar Worldpanel ComTech, comments: “Although the flagship iPhone 5 was widely credited with boosting Apple’s global results last week, much of the market share growth for iOS in Britain is thanks to the competitively priced iPhone 4 attracting first time smartphone buyers. More than a third of iPhone 4’s sold were to consumers who have never owned a smartphone before, compared with just one in 10 new customers buying the iPhone 5.

“Margins are tighter at the entry-level end of the market, but as consumers become more engaged with their smartphone they are increasingly prepared to invest more when they upgrade. Apple boasts the highest level of customer loyalty of the operating systems, and by capturing consumers at entry-level it is in a good position to grow its customer base in the future. With almost 19 million feature phone owners left in Britain, there is still a lot for iOS and the other platforms to compete for.”

Despite the resurgence of iOS, Android continues to hold the number one spot in Britain with 56.2% of the market. This is also true across the five major European markets* where Android accounts for 69.8%, up from 64.5% a year ago, and in the USA where the platform has a 51.5% share, down from 52.6%.

Windows Phone continues to consolidate its position as the third OS globally, with strong performances in Britain and France where it has 8.6% and 9.0% of the market respectively. However, its share in the important US market has dipped slightly from 4.6% in the three months to May to 4% now.

Sunnebo continues, “While flagship Windows handsets such as the Nokia 925 and HTC 8X grab the headlines, it is the low and mid-range models, such as the Nokia Lumia 520 and 620, which are quietly driving its momentum. It is vital for Windows to be seen as a mainstream alternative to Android and iOS rather than a niche platform. Selling large volumes of lower end smartphones is a good way of getting Windows seen in the hands of potential customers’ friends and family, convincing them there isn’t a risk in choosing the operating system. The majority of people are trend followers, not trend setters, so Windows needs to get as many smartphones to market as quickly as possible.”

Smartphone penetration in Great Britain stands at 65% in June, with 87% of devices sold in the past three months being smartphones.