Are European consumers prepared for the 5G revolution? 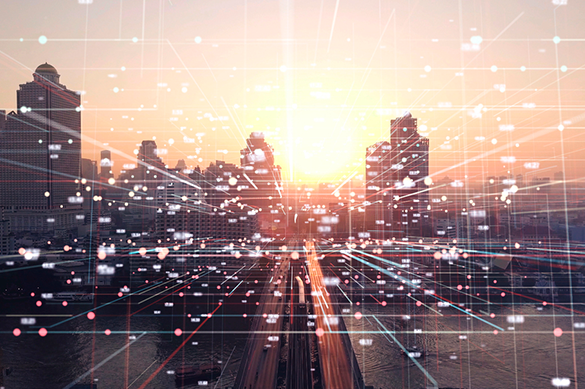 The much-hyped roll out of the superfast mobile internet, known as 5G began in 2019. Whilst it is scheduled to take a few years to reach a significant level of the population across the EU5 (UK, France, Germany, Spain and Italy), it is already available in key cities.

The development of 5G is very important because this speed of connection is needed to properly bring the Internet of Things to life. In theory at least, it offers the opportunity for anything and everything to be connected and brings the dream of technology such as autonomous vehicles and smart cities a significant step closer to reality. It will mean reliable streaming without a Wi-Fi network with an estimated download time of 4-40 seconds for a high definition film. The impact on business and ultimately people’s lives will be significant, not just communications and access to entertainment, but more significantly with things like telemedicine and virtual spaces.

A recent piece of Kantar’s Worldpanel ComTech research across the EU5 revealed that there is still quite a piece of education to do with the general public about what 5G is and the possibilities that it will offer to them. As of Q2 2019, only just over half the population really knew about 5G - 9% of consumers claimed to know a lot and 44% had a little knowledge of it. In contrast, 12% had not heard of 5G at all and 36% had heard the term but knew nothing about it. If networks and handset producers are using 5G as a selling point, which of course they are, part of their task looks to be explaining and demonstrating the benefits to the majority of the population.

What is interesting though, is that lack of knowledge and understanding isn’t necessarily a deterrant to purchasing a 5G device. A total of 60% of consumers had an intention to buy one, of this 16% were a definite and 44% said that they probably would. Perhaps unsurprisingly these consumers demonstrated a high interest in technology, film and TV.

Nearly a quarter, 23%, of those intending to purchase are currently Apple owners, which presents both an opportunity and a threat to the brand. At the moment, Apple do not have a 5G offer, so on the one hand there is clearly the demand for them to bring one to market in the near future. On the other though, there is the possibility that this could be an opportunity for other brands which do offer 5G to cannibalise Apple’s market share.

Those who already owned a 5G device rated the processor (quality/speed), screen clarity, storage capacity and battery life as the key features that were important to them. Size of screen and quality of camera were also key drivers.

All figures quoted come from Kantar’s Worldpanel ComTech panel for the year to Q4 2019 across the EU5 unless otherwise stated.