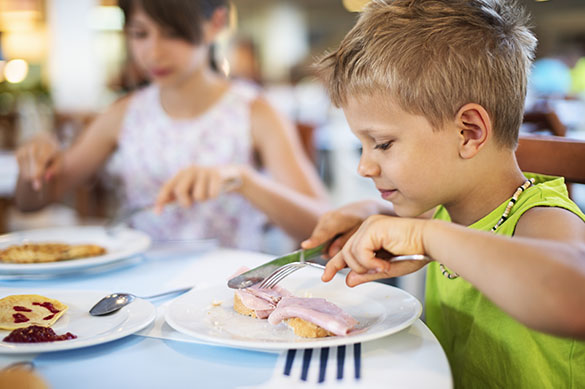 Health is an important and ongoing trend which brands are very mindful of. However, it is also one of the hardest areas in which to achieve meaningful insights. To correctly catch the stakes, Fleury Michon needed to run a study to compare what people think to what they actually do.

Fleury Michon, one of the leading brands of cold meats in France, worked with Kantar to understand this by using single-source data: looking at the same group of people to measure what they thought and then recording what they actually did. This provided very valuable insights which allowed them to make some significant changes to their range. As a result they were able to maintain their market position in a very competitive category.

THE NEED
PRIORITISING HEALTH
Fleury Michon knew that health was a growing priority for French consumers and something that their products needed to reflect. They needed to understand it better across all categories, and cold meats in particular, in order to plan for future growth.

THE APPROACH
ONE TRUTH
Households were interrogated about their attitudes regarding the food they eat at-home and out-of-home. Several groups of shoppers were found and described through purchase and usage panel data. This made it possible to target the people that Fleury Michon needs to retain and attract in the future.

This meant that the team had a clear read on what the target buyers thought and what they actually then bought. Combining this data as a single source was a very accurate way to understand the marketplace and it highlighted two distinct segments with a high potential for healthier products.

The next stage was to send a survey focused on cold meat to evaluate how risky it was to switch all their current range into a less salted one.

Kantar proved that there was a large opportunity for a reduced salt product as long as the consumer perceives the same composition, taste and price as the original. The analysis revealed that a third of current category users could be encouraged to buy more frequently. As a category with low brand loyalty, it was important that Fleury Michon moved quickly to meet this need before a competitor filled the space. A second opportunity existed in the most premium segment for people who wanted to use cold meat as an ingredient. For these people, the quality and origin of the meat was a key motivator so Fleury Michon needed to communicate about the organic credentials of their products.

THE IMPACT
PIONEERING FOCUS
As a direct result of this project and what they learnt about the market, Fleury Michon re-launched the biggest part of its range of cold meats in April 2019 to either have no nitrate salt at all, or a significantly reduced level.

In order to capitalise on the most premium level of buyer that was identified by the findings, they expanded their range of organically-produced cold meats.

These actions were pioneering for their industry and Fleury Michon have been able to maintain sales in a very competitive market ever since. The relaunch provided a platform for the organic range which has meant it has gained sales much faster than would otherwise been possible.