China: Driving quality growth in the era of âNew Normalâ 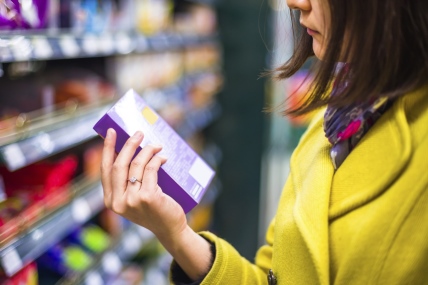 China FMCG market has entered a new era with a mild single digit growth rate around 5-6%.

Modern Trade (defined as hypermarkets, supermarkets, mini-markets and convenience stores combined) now accounts for 42% of FMCG sales in National Urban China with 96% of the population using this channel. However, growth rate over the last year has also dropped from +8.6% in 2013 to +5.1% in 2014. E-commerce channel continued to record a year on year growth rate of 34% in 2014, putting more pressure on brick and mortar retailers.

2014 has been a year of transformation for all retailers who have been going through a tremendous slowdown in consumer demand, a sharp rise in operating costs as well as direct challenges from e-Commerce players. International retailers2 in general suffered more share losses, with a combined share decline from 20% in 2013 to 19% in 2014. On the other hand, some local retailers are able to adapt to the changing market environment, and continue to win market share. The Sun-Art Group remained market leader in 2014, though its share saw a poorer performance in Q4. The enlarged Vanguard group failed to maintain its positon due primarily to the soft performance of the Tesco banner. However, Yonghui emerged as the fastest growing player in 2014 reaching a 2.6% share with an even stronger position in Q4.

China’s retail market has changed rapidly over the past three years. Now with the slowing consumer demand and higher costs of physical expansion, all modern trade retailers have to evolve to avoid further deterioration in performance. Kantar Worldpanel highlights 5 key strategic areas that retailers have to win in 2015 and beyond:

Expand Partnership to Drive Synergy: Strategic partnerships (through M&A, alliance and strategic partnerships) have become prevalent in China’s retail market over the last few years as retailers look to move beyond their traditional stronghold. For example, through a partnership with Dairy Farm International in 2014, Yonghui can potentially leverage on its rich international resources in marketing and product sourcing aside from financial resources. Partnerships allow local retailers to quickly build merchandise expertise, scale and advantage in product sourcing, with an aim to enhance their competitive edge.

Broader Traction Through Multi-Format Strategy: An increasing number of retailers have started to realize that it is difficult to tap wider shopper groups and shopping missions without a multi-format strategy. Local retailers in general are more active in testing different formats (typically convenience, boutique supermarkets, and e-Commerce platforms). The international players have also been active in developing other formats. For example, Walmart has been more aggressive with its Sam’s Club opening plan and Sun-Art tested its convenience concept by launching its Cloud supermarket under the banner of C-Store. It is critical for those retailers to position those formats in a distinctive way that can add more incremental business while at the same maintaining a good degree of synergy.

Fighting for Shoppers in Lower Tier Cities: Lower tier cities will undoubtedly be the key driver for China’s growth in 2015 and beyond. Out of the 24 new Walmart stores opened in 2014, 16 of them were deployed beyond Key and A cities. Share of modern trade still remained small in lower tier cities however shoppers are equally tempted by the choice of e-Commerce players who are determined to drive penetration in the same battle field. Therefore, building economy of scale by region is critical to establish a strong growth map.

Moving from Provincial Champion to Regional Leader: In recent years more local retailers are transforming the regional competitive landscape by expanding their footprint to the nearby provinces, such as Yonghui and Bubugao. The China market is still very fragmented with modern trade still weak in regions such as the West and North. Hence there are more opportunities to expand.

Growing Adoption of O2O: E-commerce channel continued to attract more Chinese shoppers and buyer base at national level reached 36% in 2014, and 51% in top four cities (Beijing, Shanghai, Guangzhou and Chengdu). 2014 was also a year that more leading brick-and-mortar retailers start to implement digital strategy either to engage shoppers or to grow sales through launching e-Commerce platforms. The concept of Offline to Online (or O2O) will enable retailers to attract more shoppers to visit their own e-Commerce shops so as to avoid losing out to the likes of JD.com or Yihaodian. Yonghui experimenting with Wechat store and RT-Mart with Feiniu.com are just a few examples of modern trade retailers who are actively embracing the e-Commerce strategy and leveraging their strength in customer base to compete in a brand new battleground.