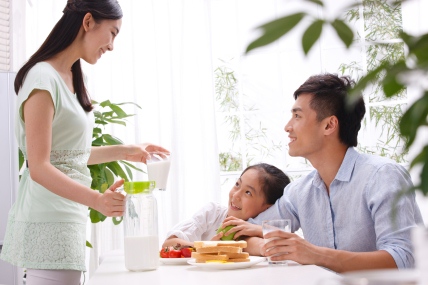 Kantar Worldpanel reports 5.1% value growth for the chinese FMCG market over a year ago.

P&G, Master Kong and Nestle are leaders of fast moving consumer goods industry in winning Chinese consumers, according to Kantar Worldpanel's latest "100 million family club list". In the 12 months ending October 3, 2014, 151 million urban Chinese families have bought at least one product from P&G's brands, while 141 million have bought from Master Kong and 138 million for Nestle.

For the period, Kantar Worldpanel reports 5.1% value growth for the FMCG market over a year ago. China market has entered a stage where brand sales growth is heavily reliant on market share increase and attracting more consumers has become the key imperative for market share growth. The recent study from Kantar Worldpanel also finds that, in urban China's FMCG market, the majority of the companies reaching more than 100 million households are suffering a deceleration of consumer recruitment. As many categories experienced growth challenges in China, winning more new consumers will be the most important success factors for FMCG companies in the coming three to five years.

Among the food companies, Yili, which ranks the third, has been the strongest in expanding its buyer base among the three, gaining 2.8 million more households in the past 12 months. Among all major food companies, Fujian Dali Group and Mars (including Wrigley China) enjoyed the highest growth in attracting new buyers.

P&G still lead in consumer base in the non-food sector. Thanks to its multi-brand strategy, the brands in the P&G family were purchased by 151 million urban Chinese families in the last 12 months. On the other hand, Nice Group and Unilever are growing rapidly in gaining new consumers. Nice' growth was largely contributed by its laundry liquid; while Unilever attracts new buyers with its laundry liquid, fabric softener and body wash brands.

Kantar Worldpanel suggests that the key to the successful expansion of consumer base is to drive more growth in lower tier cities, to enter emerging categories and to introduce new innovations meeting the nascent consumer needs.

Among all companies reaching over 100 million urban families, Nice Group recorded the highest consumer base increase over the past 12 months, growing its penetration by 4.1%. Its success could be attributed to not only its expansion in low tier cities, but also its focus on the emerging categories. While the overall FMCG market slows down, laundry liquid, as a developing category, still enjoys double digit growth and buyer base expansion. Nice Group has gained 10 million new urban families in the past year through its core product Supra laundry liquid, with its two-season "supra women" marketing campaigns both online and offline.

Companies who could successfully recruit buyers are usually those who can rapidly adapt to the changing purchase and consumption behaviour. In China, the pursuit of a healthy, high quality lifestyle has now become the key for market development. Categories with distinctive health benefits, like ambient yogurt, Lactobacillus drinks and protein drinks, are growing strongly despite the overall slowdown in retail sales. Yili launched its Ambrosial UHT Greek yogurt at the end of 2014 to capitalize the growing appetite for healthy product. Kantar Worldpanel report reveals that Ambrosial has attracted 2.4 million urban families 36 weeks since its launch. Another case in point is Lux, a brand under Unilever. It re-launched its "fine fragrance" body wash line to meet consumer needs for long lasting scents, gaining 1.2 million new buying families.

With the market slowdown and rising competition in the FMCG market, companies need to discover new factors to attract more consumers. This should be done by analysing different elements of the marketing mix, and by investing in sustainable market development strategies. Compared to the mature markets in Europe and North America, there is still huge potential for buyer base growth for many brands in China. In addition, with continued urbanization, many rural families will migrate to cities, hence expanding the urban consumer base. Encouraging trial of new categories, developing new products capturing incremental consumption opportunities, and further exploration in low tier cities will effectively help companies to reach more Chinese households.

* The data of Master Kong only includes its beverage series, while not include the bottled products co-produced by Master Kong and Pepsi;