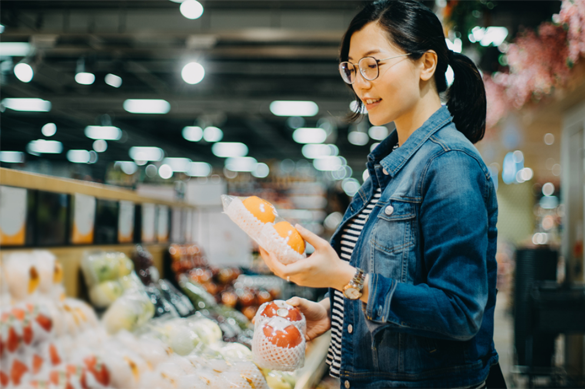 Kantar Worldpanel, the global market leader in consumer panels, reports that the total spending on FMCG in China recorded a moderate value growth of 2.4% in the latest 12 weeks, compared to the same period in 2018. Non-food, especially personal care categories, maintained a robust growth while the food and beverage sector showed a weaker performance of -0.1%.

Modern trade (including hypermarkets, supermarkets, and convenience stores) reported flat growth of 0.4%, among which supermarkets outperformed the rest of the sector with 3.9% growth. E-commerce maintained a stellar performance with a growth rate of 34.5%, now accounting for 14% of total FMCG spend.

Sun Art, Vanguard Group and Walmart maintained their leading positions, collectively representing 20.4% of modern trade’s value in the latest 12 weeks, but their share has weakened over the last year. Despite all three continuing to expand their retail footprints, they are also making an effort to optimize their business portfolio and geographic spread. For example, Vanguard has actively divested hypermarket stores in the North region while at the same time has opened many small format and premium stores. Walmart is looking to launch 40 of its high-end membership Sam’s Club stores in China by 2020 as well as managing the ongoing integration of its online and offline businesses through their partnership with JD.com.Its Wechat Mini Program now available to more than 30 million users.

Yonghui remained the best performer in terms of market share growth in the first quarter, although its growth was slower than previous years. While Yonghui continued to acquire stakes in regional leaders, it also started to implement the new retail strategy and launched Yonghui Mini alongside Yonghui Life to grab more market share from the emerging neighbourhood store sector.

Kantar Worldpanel reported 34.5% growth in FMCG spend through e-commerce platforms in the first quarter of 2019. The Alibaba camp (Taobao+Tmall) reached more than 30% of shoppers in China in the last 12 weeks. As e-commerce experienced challenges to drive more traffic in the high-tier cities, lower-tier cities are the new battleground. Pinduoduo posted impressive performance through the platform’s attractively priced products and leveraged social networks to recruit and engage buyers. In February, Alibaba also launched an independent Taobao livestream app aiming to attract young consumers from lower tiers and drive traffic to the Taobao shopping website. Taobao is also looking to improve their logistic efficiency through increased investment in STO express. With the integration of Taobao and Tmall in 2019, Alibaba expects to double its Gross Merchandise Volume (GMV) in three years and become an essential platform for brand building and launching innovations. The latest Kantar Worldpanel report confirmed improved penetration and stronger growth of Alibaba in lower tiers over the last three months.