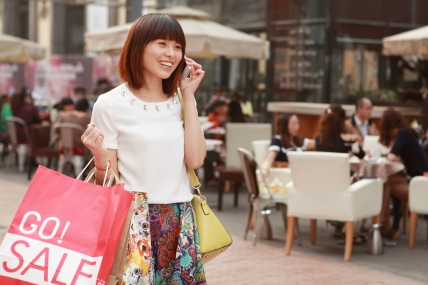 Kantar Worldpanel, the global market leader in consumer panels, reports 8.4% value growth for the FMCG (Fast Moving Consumer Goods) market for the latest quarter up to March 22nd 2013 compared to the same period a year ago. The figure is considerably lower than the 14.7% growth reported in Q1 2012 indicating consumption growth is slowing down, in line with the weaker macro economy.

The FMCG market slowdown was observed across all regions and city tiers, particularly in the key cities (Beijing, Shanghai, Guangzhou, Chengdu) where growth was only 5.6% in the first three months over previous year, and in the West and North region, where growth was only 7.5% and 7.2% respectively.

Jason Yu, General Manager at Kantar Worldpanel, explains: ‘The latest grocery numbers show that household spending in China was less resilient than many expected, even if we discount the impact of inflation. With the rise of ecommerce and growing cost of business, bricks-and-mortar retailers will have to put more effort to grow basket size in existing geographies while expanding cautiously to new locations.’

RT-Mart growing its lead over Wal-mart Group
Sun-art Group, the largest grocery retailing group in China, continued its lead in Q1, 2013, reporting 8.3% share of total modern trade, 1.5 points over its nearest rival Walmart group. RT-Mart, which registered a record share of 6.9% for a single banner in the latest 3 months, was the key driving force in the group. The growth was particularly strong in key cities and provincial capitals as well as counties, while the performance in prefecture level cities and county level cities was stable.

With a total of 219 stores in 2012 and approximately 70% of the stores located in prefecture level cities and below, RT-Mart managed to grow its store number and its sales at the same time. Kantar Worldpanel data suggested that in the latest 12 months, the average RT-Mart shopper spent 1,087RMB on FMCG products in the store, a staggering 28% higher than that of the average Wal-mart shopper.

Yonghui is yet to make further breakthrough in share
Local retailers as a group continued their advance in modern trade, growing from 71.9% to 72.3% collectively year on year. Yonghui was a star performer, rapidly catching up with Tesco, with a value share of 2% in the latest 12 months. Yet Yonghui failed to grow further in the past few quarters. Despite its continued expansion in the North region, Yonghui didn’t maintain its position in the South, its home region, where it faces growing competition from RT-Mart and Tesco.

With its rapid geographic expansion, Yonghui reached 4.6% families in urban China in Q1 2013, while last year they only served 3.9% families. Yet the retailer also reported 5.5% growth in spend per family in the latest quarter compared to last year, suggesting that retailer’s ability to attract consumer spending wasn’t diluted by the expansion of its customer base.

It is important for bricks-and-mortar retailers to realize that the ecommerce channel continued its growth in the first 3 months of 2013, particularly in the key cities where its share reached 3.4% value share in FMCG in Q1.