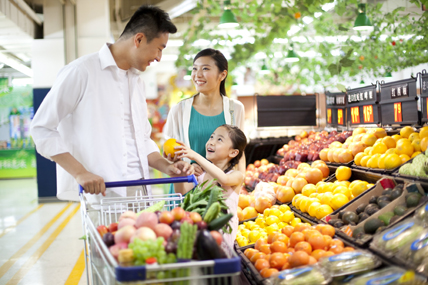 The growth of total Chinese FMCG market continued to slow as this quarter grew by 4.3%

Nationally, Sun Art group continues to be the leading retailer with 7.5% of the market and extended its lead by growing 0.8% from same period a year ago. In East market where the retailer has a 15% market share an additional 0.9% points were added. This represents a return to growth after losing ground in periods of May to August. In other regions, the retailer gained market share from its competitors, achieving 4.4% (South), 2.0% (West), and 6.0% (North) respectively.

Vanguard’s share fell to 6.4% from 6.6% in the same period last year. This is attributed to the continuous decline in Tesco penetration not being made up by the converted stores.

Regional retailers continue to grow share. East based retailer Dennis continues its double-digit (20.8%) growth in spending, reaching 1.5% of market share up 0.2% from a year ago. In West, spending in Beijing Hualian has remained aggressive growth since May 2015, driven by bigger basket size as spend per trip grew by 14.8%. The group now holds 2.1% of the market, up 0.4% from a year ago. In North, Da Shang group has kept increasing penetration since the start of the year, which helped the market share growing reach 2.4%. 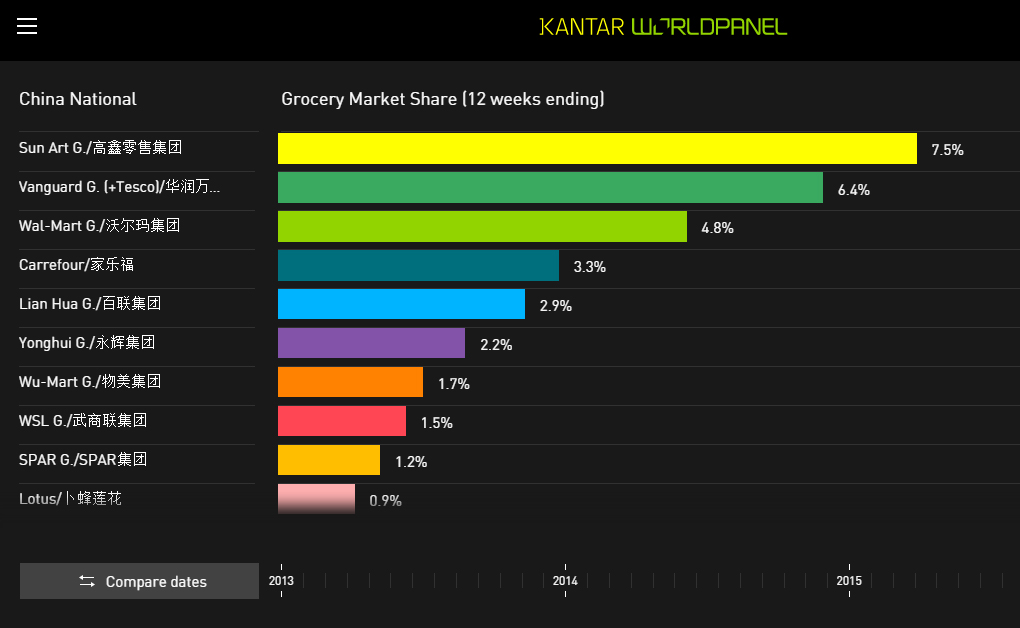