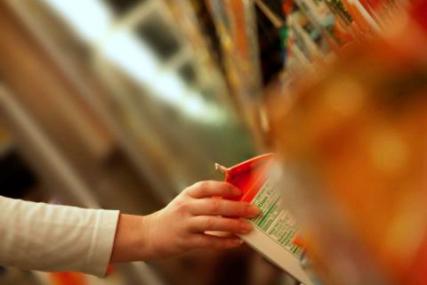 Kantar Worldpanel, the global market leader in consumer purchasing and usage insights, revealed today that the Walmart group, when combined with Trust-Mart, is the largest FMCG (Fast Moving Consumer Goods) retailer in China, with a 3.6% sales value share* in the 24 weeks ended Sept 10th, 2010, with the combined fascia reaching 21.3% of Chinese families.

CR Vanguard Group and RT Mart follow in second and third position, with 2.9% and 2.7% share respectively. However, the top 5 retailers only account for 13.4% share, highlighting the opportunities for mergers and consolidation in coming years.

Jason Yu, General Manager for Kantar Worldpanel (China), said: “In China, the modern trade currently represents only 46% share of the FMCG sector, so it is no surprise that most retailers continue to accelerate new store openings and formats to strengthen their position in this rapidly growing market. So far, there is no dominant national player – a reflection of the fact that local chains are increasingly competitive and often have a significant stronghold in certain regions.”

Market still fragmented, and reach of retailers is restricted by the geographic challenges

“The Chinese market remains highly fragmented compared to it’s Western counterparts” continues Yu. “In the Hypermarket channel, RT-Mart, with 129 stores*, have a 2.7% share, with Carrefour (156 stores*). Walmart (175 stores*) close behind with a share of 2.3% each. With the current store portfolio, all three major hypermarket chains are still only able to reach just less than 15% of Chinese households, due to the immense geographic distance between cities. Hence all major retailers intend to open more stores in the coming 3-5 years to gain a bigger share of increasing consumer wealth.”

Most global retailers started market entry from costal provinces and first tier cities, gradually expanding to the emerging lower tier cities and inland provinces. Their market shares, therefore, typically reflect this pattern of expansion. For example, Carrefour holds 5.2% share in municipalities and provincial capitals (the top 25 cities), yet only 1% share in prefecture level cities (B cities) and 0.1% in county level cities (C cities). However, RT-Mart, who overtook Carrefour as the biggest Hypermarket operator in retail sales in 2009, adopted a different expansion strategy. It only records a 2% share in the first tier cities, but leads by a significant margin in prefecture level cities and county level cities, with 4.4% share and 3% share respectively. With domestic consumption playing an increasingly important role in the development of lower tier cities, RT-Mart clearly has a “first to market” advantage to capitalise on the retail boom in the prefecture level cities.

Kantar Worldpanel China also reports that the competitive landscape varies substantially by regions. For example, the state-owned conglomerate Bailian group is the leading retailer in the East region, with 6.3% share, while Walmart enjoyed leading position in the North and West. Regional competition, mainly from local retailers, will be significant barriers for Walmart to duplicate its success elsewhere.

Modern trade is taking a hold in China thanks to the lure of low prices, convenient one-stop shopping, accessible locations and the integration of other retail facilities in the major cities in China. Hypermarket and supermarket combined, already account for 53.9% share in the municipalities and provincial capitals. Yet it only reports 39.3% share in county level cities and 34.9% share in counties. In counties and county level cities, traditional grocery stores, free markets and direct sales still make up a significant part of the consumer purchases.

In counties, local retail giants, e.g. CR Vanguard and Balian have established an initial presence, with a 2.5% share and 0.8% share respective. The modern trade is still characterised largely by small scale, locally operated supermarkets and minimarkets. Mr. Yu said: “our data indicates there is plenty of room for modern trade retailers, especially chained supermarkets and mini-markets, to move into this new frontier.’’

3. Penetration: Percentage of population(households) shopped in a given time period.

If you're a member of the media looking for data or commentary from our experts, please contact Linda Zhang at 86-10-82015388-8603 or zhangfengjuan@ctrchina.cn