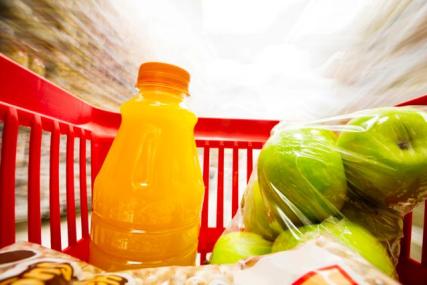 Kantar Worldpanel publishes the 15th edition of RÃ©fÃ©renseigne Expert, the leading study on the analysis of food distribution and brands in France.

Against a background of lower inflation, French households have increased their purchases of basic consumer goods in supermarkets and convenience stores (GMS*) in the year to mid-June 2010; a growth of 2.5% in terms of value and, in particular, a rise in volume of +1.9%. They are putting back certain products into their shopping trolleys that they had temporarily rejected last year; more festive products, more treats. And while they continue to buy and vote with their purses for Supermarket Own Brands, the latter are growing at a slower pace: a normal automatic slowdown, maybe, or are consumers getting bored and looking for more choice? Nevertheless, the turnover of Own Brands remains strong, taking 32.4% in hypermarkets and supermarkets, a consolidation of last year’s figures. Themed Own Brands, which have benefitted from numerous new launches, are the most dynamic this year: they have attracted 3% more customers, are bought more frequently and have seen the budgets allocated to them rise by 20%.

At the same time, the Discount Retailers have lost some ground, as some of their customers have gone back to the traditional stores. The Discount Stores showed the first signs of fatigue just as the economy as a whole started to improve at the beginning of 2009, and their fall has only become more marked since then. Despite the opening of new points of sale and the expansion of some stores, the Discount Stores as a whole have lost customers. The average basket of shopping from Discount Stores dropped from €23 to €22.7 while customer loyalty also dropped from 20.6% to 20.4%.
While the 5 discount chains are still in the lead when it comes to the latter (Lidl in first place, far ahead of the classic retailers), they have all been punished by their customers this year, who see the price gaps between them and the traditional supermarkets as less attractive. Furthermore, they have also suffered substantial loss of turnover in favour of the traditional stores. The first to benefit from this is still E. Leclerc.

Super- and hypermarket customers frequent fewer stores (5.4 v. 5.6 the previous year), and the frequency of visits to stores remains the same, which highlights the fragility of the recovery.

The distribution landscape continues to evolve: some shops expand, new points of sale open, others change brands and new concepts emerge. Distributors are chasing the targets that grew last year, and are developing local chains for some and mega-stores for others.

Price is still the main battleground, and many stores have lowered their prices, and have let everyone know. They have not skimped on using different ways to let people know that they are “the cheapest”. The leading retailers have again deployed major communication resources and have often added to the investments made last year. The total sum invested by supermarkets in advertising is 1,298 million euros, according to Kantar Media’s figures.

Promotions continue to exert intense pressure, as do the overall number of flyer campaigns that rose by 316 additional campaigns (source: A3 Distrib), under the guise of numerous events (anniversaries or others) that have been launched this year. The effect of the loyalty card is therefore waning and all the retailers have suffered when it comes to their ability to propose new promotions or the perceived advantages of their store cards.

It is not easy to make a link between the stores’ efforts to seduce customers (which have been particularly intense this year) and how their customers actually perceive them. It is not the stores that have invested the most that have most improved their overall image. Supermarkets have the edge, while Hypermarkets fall back in terms of overall image.

The three winning retailers this year are: E. Leclerc, Carrefour Market and Système U. But only E. Leclerc and Système U are capturing customers and gaining their loyalty.

E.LECLERC, maintains its leadership with a market share of 17.1% and this year has won 0.5% in share of market value. Strengthened by the arrival of new stores into its network (E. Leclerc Express, E. Leclerc Drive), the retailer continues the conquest of new customers that it began last year.
The success of E. Leclerc is firstly due to its price perception, which continues to progress, but also to the E. Leclerc Ticket, the loyalty card that holds strong appeal for its customers, and to its Repère brand, an important weapon in its growth strategy.

CARREFOUR MARKET, the Champion of the Carrefour group, with 0.4% of additional market share, is the second most dynamic supermarket chain. This success can be explained by two factors: the recruitment of 732,800 households that have come to swell the ranks of the clientele, and the development of customer loyalty. Carrefour Market has benefited from the strong points of Carrefour, notably its Own Brand, which is growing thanks to its themed ranges and to the clear success of Carrefour Discount, which has allowed it to improve its price perception and to attract lower-income families.

SYSTÈME U: in 10 years, the store has increased its market share by 2.7%, and this year passed the symbolic threshold of 9%. The chain has attracted 287,000 more customers in 2010, taking advantage of the opening of several new U Express local stores. Furthermore, Système U continues to persuade its customers to spend more at its stores. Thanks to high shopping frequency, with 23.2% visits per year, Système U is the shop most frequently visited by customers in France.

Système U is perceived as a shop that is pleasant to visit and it is the preferred supermarket of French shoppers.

The situation of other retailers:

INTERMARCHE: a forty-year old that continues to mature. Stable in terms of market share (12.0%) over the year, despite intensive media exposure on the occasion of its fortieth anniversary (September/October 2009). Boosted by its increased store numbers, Intermarché gained 185,000 customers, but lost out on loyalty. Its Own Brands are still a major growth factor for Intermarché, but its price perception has dropped back.

CARREFOUR: victim of Carrefour Market’s success, but not only that. In a context that is not favourable to Hypermarkets, Carrefour is the retailer that has lost out most on market share (-0.3%). The store has lost customers, its customers are less loyal and the 50th anniversary did not have the hoped-for effects. To these difficulties, we can also add the competition posed by Carrefour Market. Many of the customers it has lost have found the same products, promotions and loyalty advantages at Carrefour Market (and maybe closer to their home) as in their usual Carrefour.
A tough year, but let’s not forget the positives: thanks to its Carrefour Discount brand and its « PromoLibres », Carrefour’s price perception has improved. Carrefour has attracted lower-income families and the loss of turnover to other Discount stores has been curbed, while loss to Système U has been greatly reduced.

GEANT and CASINO: the supermarkets and hypermarkets of the Casino group have seen their market share fall (by -0.2% and -0.1% respectively). Loss of customers, loss of customer loyalty, a bad price perception, Own Brands that are losing ground: both stores have suffered, but particularly Géant, which has been falling for several years now.

Stores in the AUCHAN Group: Auchan has taken the opposite course to that of its competitors and has staked a bet on the mega-hyper format. It is the only store with this format that has managed this, remaining stable in terms of market share. The store is losing customers, but those that come stay loyal. And above all, Auchan has improved its price perception.
Simply Market struggles to prove itself, but its radical change of concept has allowed it to attract and keep younger customers.