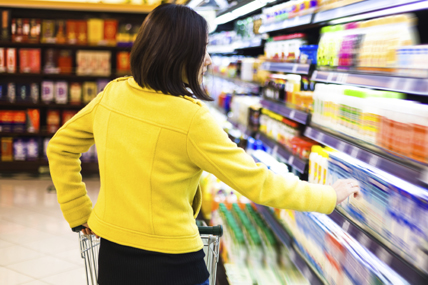 Modern trade keeps growing ahead of the market at 5.3%, boosted by greater development in lower cities.

Kantar Worldpanel, the global market leader in consumer panels, reports spending in FMCG increased by 5.2% for the 2nd quarter 2015, showing uptrend from the first quarter (4.3%) in the year. National Bureau of Statistics released numbers of China’s macro economy for 2nd quarter of the year 2015, showing continuous deceleration of GDP at 7.0% growth rate from the same quarter 2014 and FMCG is lagging behind overall economy.

Modern trade keeps growing ahead of the market at 5.3%, boosted by greater development in lower cities where the growth rate was much higher than higher tier cities, 6.0% and 4.1% respectively.

International retailers continue to lose market share (down to 13.4%) and in a position where their market shares are under pressure in strongholds (Key & A cities) and share growth in lower cities has stagnated. The market has yet to see clear results from investment and reforms announced in the beginning of 2015 by major international retailers to turnaround the trend, such as Carrefour who has started investing in lower cities, online, and small format stores.

Sun Art Group is still in the leader position with 6.9% (down 0.2% from 2014Q2). However the group’s performance in the North has been outstanding as the market share has been seen fast growing consecutively since the last few years.

CRV group (including Tesco) starts to recover since the beginning of the year as market share is stabilised at 6.6% at national level in the latest quarter. The group’s market share in South, West, and North all grew while there are still opportunities to improve in the East. 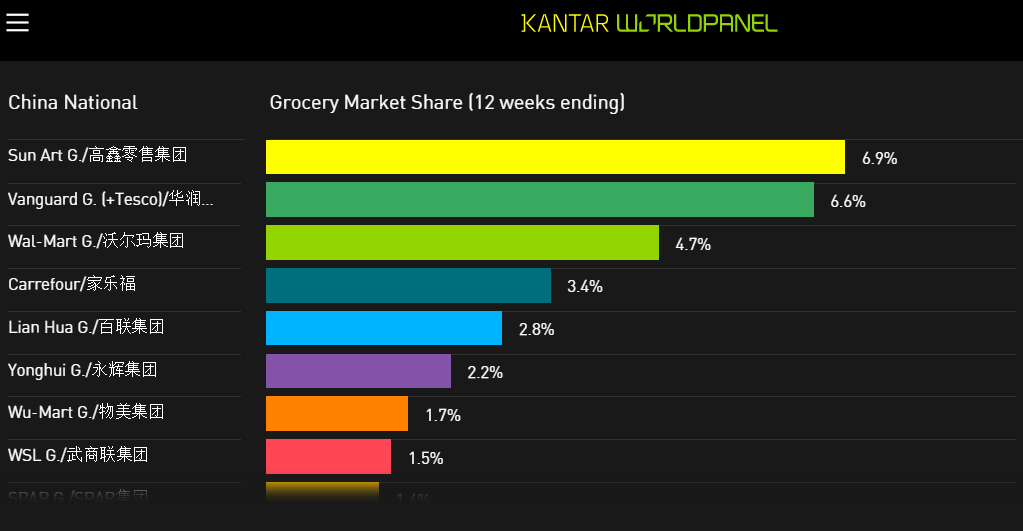 In the FMCG market where growth has slowed down and competition has become even fiercer as well as facing challenges from online channel, retailers have realised “better together” and started to consolidate their positions through forming alliance and mergers & acquisitions

Yonghui reached 2.2% of market share nationally, gaining 0.2% from the quarter a year ago. The group’s outstanding performance in key cities yielded 4.4% market share (up 1.5% from the same quarter a year ago). Yonghui’s recent acquisition of stakes in Lianhua supermarket (2.5% market share) will help the group expand its presence into Shanghai in where Yonghui is comparatively weak. In South region, the group’s increasing holding of stakes in Zhongbai since last year has singled the ambition to further consolidate its position in the region.

In West region, Hongqi who accounts for 1.5% of the market has almost completed the acquisition of Huhui supermarket. The acquisition will allow Hongqi to take over Huhui’s 388 stores in the region. The expended store coverage in the region will also be an advantage for Hongqi to execute ambitious plan in O2O as they recently acquired 100% stake of “HGL”, an internet technology company specialising in retail.

In South region, Bubugao lost its share to 2.9% (down 0.2% from 2014Q2). Despite losing ground in South, the group has expanded its presence to West region through its takeover of Nancheng, one of the largest retail groups in Guangxi province. The merger has made Bubugao a challenger in the region, with 1.2% share of the market.

The market will be further consolidated as a result of retailers trying to stick together in pursuit of economy of scales and negotiation power.