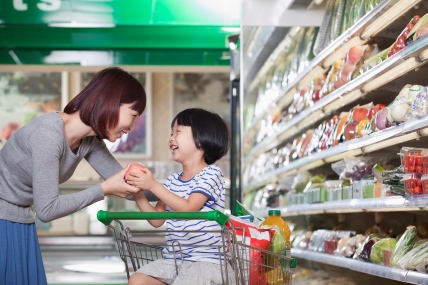 The grocery market in China grew at 4.4%, one percentage point below the 2014 annual value growth.

The latest grocery share figures from Kantar Worldpanel, published for the 12 weeks ending 23rd Jan 2015, show the grocery market in China growing at 4.4%, one percentage point below the 2014 annual value growth and far below the 7.4% growth recorded in 2013.

However, this growth figure has been heavily impacted by the Lunar New Year dates. Whereas last year the pre-holiday spending happened in January, this year the effect is expected to impact on February purchases which will be picked up in the next edition of Kantar Worldpanel’s barometer.

On the other hand, Yonghui’s has grown its sales and market share compared to the same period one year ago. This growth is powered by its aggressive store expansion which added 54 new stores to the group in 2014. Wu-Mart and WSL Groups also grew their market share.

Kantar Worldpanel has launched a new data visualisation tool that allows you to view and analyse Grocery Market Share data online. The latest sales share figures for all of the major grocers can be viewed and compared with historical figures here. All graphics within the Kantar Worldpanel dataviz are available to embed in your site.