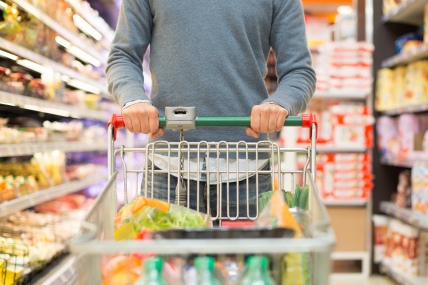 The competition among grocers means bargains for shoppers with the price of meat and vegetables dropping by 3% and bread by 2%.

David Berry, Director at Kantar Worldpanel, explains: “Over the past 12 weeks SuperValu and Tesco have each captured 25.0% of the grocery market, with SuperValu battling to hold onto the number one position it claimed last month and Tesco aiming to recover lost ground. Intense competition between the supermarkets has resulted in more choice and better value for shoppers, highlighted by the low level of inflation and prices increasing by just 0.2%. Many staple grocery items are now cheaper than they were last year, with the price of meat and vegetables both dropping by 3% and bread by 2%.”

Among the big three retailers Dunnes has posted the strongest sales growth of 3.6%, lifting its market share from 21.5% to 22.0%. This increase comes despite the recent industrial action taken by staff in the build up to Easter. One of the key positives for Dunnes has been its strength in Dublin, an area where grocery sales are growing and where Dunnes accounts for over a quarter of shopper spend.

While Tesco’s market share is lower year-on-year it has improved its position versus last month. This recent improvement has lifted its market share back up to 25.0%, in line with SuperValu as Ireland’s joint largest supermarket. The amount of groceries sold at Tesco has remained flat, but value sales have declined because of shoppers choosing to pick up cheaper goods in store. SuperValu’s sales have remained in growth for the eighth month in a row, largely thanks to the retailer’s ability to consistently win new shoppers. SuperValu’s plan to open four new stores this year gives it the opportunity to grow sales further and out-perform the overall market.

David Berry continues: “One of the most interesting trends in the latest data is the slowing growth rate of both Aldi and Lidl. While the 8.8% growth posted by Aldi and 7.8% for Lidl remains impressive, this is the first time since 2010 that both Aldi and Lidl have grown their sales by less than 10%. 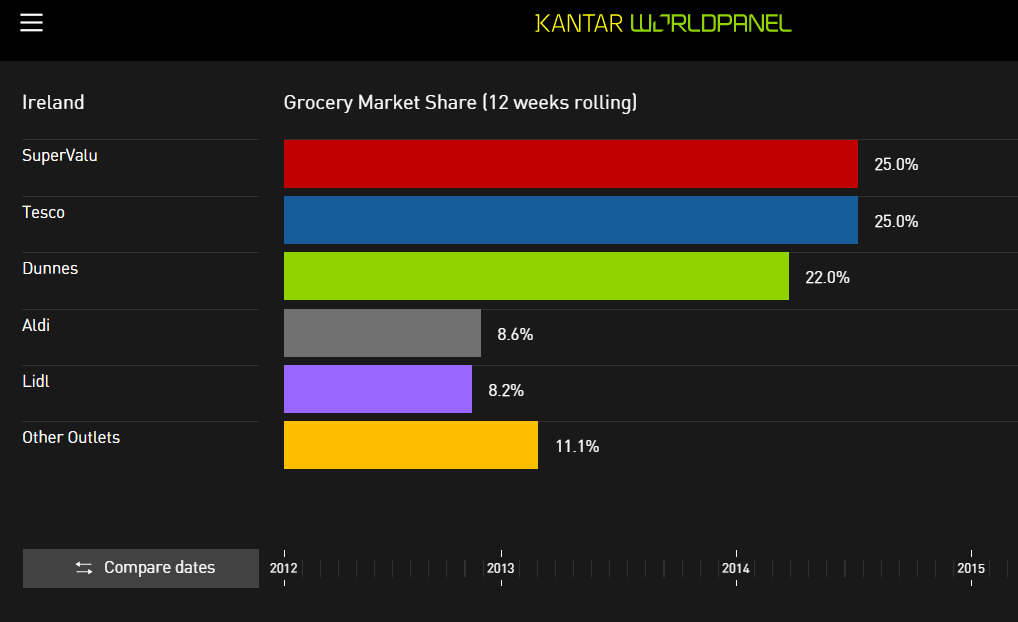