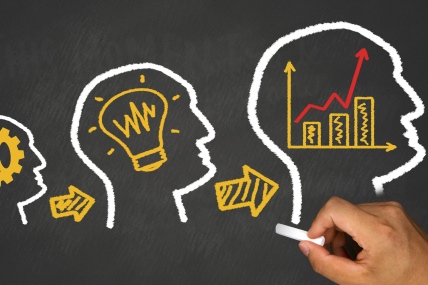 The growth of the fast-moving consumer goods (FMCG) market continued to slow in China over the last 12 months. With the growth of disposable income also decreased, China’s consumers are being more tight-fisted with their money. New product launches are also fewer and changing in tone. “Bigger is better” seems to be losing some of its appeal when it comes to splashy product debuts.

Kantar Worldpanel China and TNS recently analyzed 210,000 new products launched in 77 categories over the past three years and reached the following findings

Almost all categories are introducing new products, just over half of them in the premium range. New product launches used to contribute about 8 percent of a company’s overall growth, but by 2013, that contribution had fallen to 6 percent. It’s increasingly harder for marketers to get growth from innovation.

Markets are now becoming saturated, and consumers have a wide variety of good products to choose from. For new products to be successful, one needs to identify a gap in the market rather than just putting new products out there and assuming they will succeed automatically.

Kantar Worldpanel and TNS define successful innovations those that can bring brands incremental growth, which means achieving a higher growth pace than the industry average. That’s harder to achieve than before. That is particularly true for multinational companies. The study found they are having more difficulty achieving incremental growth, even in premium sectors, and they are struggling more than local companies.

Out of the 300 new products launches we studied in 12 sectors, half of the launches by multinational companies were aimed at the premium end of market. For local companies, only 27 percent of their launches were premium, but they were able to provide 30 percent more incremental growth than those of multinationals. That’s because local players tend to have a better understanding of the market, and they’re launching products that fit the needs of Chinese consumers better.

One new product launch strategy commonly seen in multinational companies is “search and re-apply.” That means simply introducing products from other countries into China. The problem is that China is so unique that simply copying the success from another market often doesn’t work. .

There are products very similar to what’s already on the market, i.e. copycats. Sometimes they are just flavor extensions. For example, a new lemon flavor added to the existing beverage. They are not delivering a new or better benefit. If innovations simply move sales volume from one product to another, it’s undercutting sales for other products under the same brand.

There’s no one golden rule for new product launches. It’s a matter of understanding what the market is and determining where growth will come from. Brands have to take into account the incremental growth a company can accrue from new products. If a company makes a new product and people are switching to it from existing products from the same company, there’s no benefit. They are just adding to the cost base.

Incrementality is Key to Successful Innovations

Chinese consumers are willing to try new products, but they want trusted recommendations from friends and family. If your first time experience is negative, it can have a ripple effect and turn off a lot of people. Our study shows that 45 percent of new products launched in China stay on the shelf after three years, 19 percent bring incremental volume of which only 4 percent would be big winners.

So new products don’t necessarily need to have the biggest sales volume. It’s crucial to measure the potential incremental growth and the potential cannibalization with existing products rather than simply going after being the biggest seller on the market.

Increasing incremental growth means attracting totally new buyers; helping the category grow; meeting different usage occasions than the parent brand; and not be used as a straight swap for the parent. For example Mars introduced a smaller size of Snickers - a 20-gram peanut candy bar that is sold at the price point of RMB 1.5. It proved very successful because 51 percent of people who bought the smaller bar were new users to the brand.

Effective awareness is a key challenge in launching new products. In general, line extension can only receive one third of effective awareness support than a new brand, therefore it relies more on the package to convey new message. Without significant or eye-catching package difference, innovations may end up with low standout in the store and failed to attract new consumers.