FMCG growth showing signs of stabilizing in China during Q2 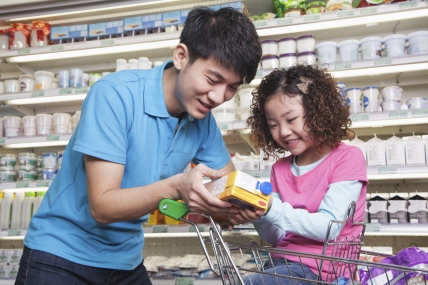 The latest report from Kantar Worldpanel shows that the growth of Q2 FMCG market returns to a level consistent with Q1.

Kantar Worldpanel, the global market leader in consumer panels, reports 5.6% value growth for the FMCG (Fast Moving Consumer Goods) market for the latest 52 weeks up to June 13th 2014 compared to the same period a year ago. Lower tier cities are still the key driver for total growth with counties seeing +8.9% in latest 52 weeks compared to year ago.

In Q2 of 2014, 12 weeks FMCG growth slowed to 4.7%, which was quite similar to the 4.6% reported for Q1. This is a significant drop from the 15% growth saw in Q2 2011. One reason for the deceleration in growth is because the trend of trading up to more premium products has seen a slowdown for across many categories as a result of reduced CPI level and slowdown in the rise of disposable incomes.

Local retailers in the north are seeing stronger growth over the last quarter in terms of market share, reaching 84.8% with 2.6 points gained compared with same period last year. Among top local players in the North Yonghui saw an impressive share gain in Q2 2014 reaching 2.4% in share with 0.5 points more than Q2 last year. Outside the north regions Yonghui also seeing noticeable share gain in the south regions. Constant penetration expansion across all regions has been the key driver for Yonghui’s success as they open more and more new stores: 46 new stores were opened in 2013, and it is expected to open 60 more stores in 2014 to further expand its footprint.

Another retailer worth mentioning is Bubugao, a local retailer who has been aggressively pursuing a regional expansion strategy. In the South Bubugao has managed to surpass Carrefour and become one of the top 5 players with 4% market share in latest quarter. Bubugao is now the fourth largest local retailer in the south region, and is expected to grow further following recent acquisition in Guangxi province.

E-commerce Continues to Change the Retail Landscape Whilst Challenges and Opportunities Will Co-exist in The Future
More and more families are going online to buy their FMCG products and this is having a significant impact on the retail landscape in China. Kantar Worldpanel reports that the e-commerce channel penetration has now reached 32% in latest 52 weeks up to June 13th 2014, a growth of +44% compared to 2 years ago.

Along with massive promotion campaigns of some key online retailers such as Yihaodian and JD, an increasing number of FMCG categories are seeing fast sales growth in the e-commerce channel. Over latest 24 weeks up to June 13th 2014 e-commerce channel value share has reached 2.3% with 0.4 points gained compared with some period last year and top tier cities have seen more aggressive share gain than lower tier cities. According to Kantar Worldpanel categories such as beer, foreign spirit and Non-UHT Milk have tripled their sales in the online channel over latest 24 weeks up to June 13th compared with same period in last year. Apart from these products, with a comparatively higher price per unit, more mass products also saw fast growth in size, such as laundry bar, bathroom cleanser, toothbrush and facial tissue and etc.

Though online importance is still small when compared with Modern trade in terms of sales value the phenomenal growth in shopping trips as well as in buyer base of this booming channel has been bringing challenges to all players in the off-line channels. The impact from e-commerce to the retail landscape and household FMCG purchase behaviour will continue, and the future belongs to retailers and brands that see the bigger picture and leverage the opportunities of e-commerce and offline by developing a bespoke multi-channel strategy. The key to the success is to understand shopper motivations and how to use this knowledge, alongside new platforms, to enable growth in the future.